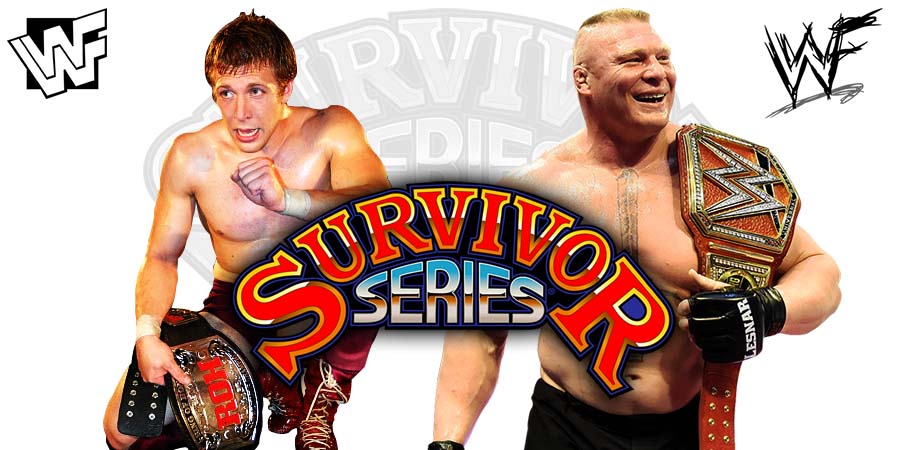 On this day in Pro Wrestling history on November 17, 1996, the World Wrestling Federation aired ‘WWF Survivor Series 1996’ LIVE on PPV from the Madison Square Garden in New York, New York.

This pay-per-view featured the WWF in-Ring debut of The Rock, then known as Rocky Maivia, as well as Yokozuna’s last WWF match ever.

According to the Wrestling Observer, some WWE wrestlers are not happy with the special treatment that Brock Lesnar is receiving.

While Lesnar receiving special treatment in WWE is not something that’s started recently, but it has increased a lot recently, especially with WWE’s deal with Saudi Arabia.

After all, Brock got paid $3 million for his match against Braun Strowman at WWE Crown Jewel, and that match didn’t even last 3 minutes! That’s more money than what Lesnar gets paid for a fight in UFC (not including the PPV cut).

Wrestling Observer also pointed out that apart from WWE wrestlers not liking the idea of Lesnar basically being “bulletproof”, they also don’t like Lesnar’s stiff work in the ring.

As seen on this week’s episode of RAW, Lesnar delivered some dangerous suplexes to The Singh Brothers, where he even dropped one of them on their head in a rough manner.

While some fans are hoping that Lesnar will leave WWE soon, it might be bad news for them as Lesnar can easily continue to work another decade in WWE under his current light schedule and huge pay!