Vega recently noted on Twitter that they’re going to take a little time off now and go on honeymoon. 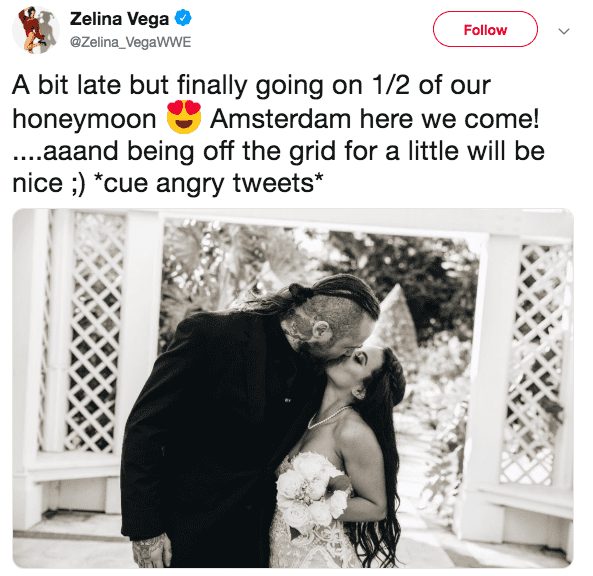 According to the Wrestling Observer, former NXT Women’s Champion and Mae Young Classic 2017 winner Kairi Sane is next in-line for a WWE main roster call-up from NXT.

Speaking of NXT, the following NXT wrestlers made their debut on the WWE main roster this year:

Lars Sullivan was supposed to be the biggest WWE main roster call-up from NXT out of all of these, but he hasn’t debuted yet.