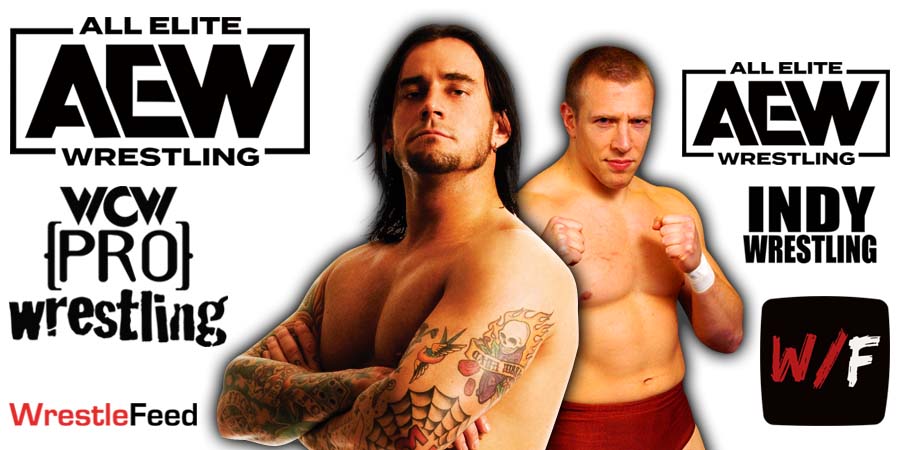 According to the Mat Men Pro Wrestling Podcast, Vince McMahon and other WWE Officials are angry at Daniel Bryan for signing with All Elite Wrestling.

They are upset and Bryan’s signing has left a bad taste in their mouths, as WWE did whatever they could to keep Bryan happy, even putting him in the main event scene during his final days in the company (even giving him another WrestleMania main event).

They even tried to negotiate a deal with New Japan Pro Wrestling, so Bryan can work in NJPW while being under contract with WWE. WWE wasn’t able to reach a deal with NJPW though, and AEW having a working partnership with NJPW played a big factor in Bryan signing with them.

On the other hand, WWE Officials don’t care about CM Punk signing with AEW.

Andrew Zarian talked with someone from one of WWE’s TV partners regarding this and reported the following:

“WWE is not as concerned about the possible Daniel Bryan and CM Punk signing to AEW as [the TV partners] are.

TV partners are concerned with ad sales and a perception change when it comes to advertising on WWE. You also have to remember that most of these people are not pro wrestling fans. They see and hear things differently.”

Also Read: Big Increase In PPV Viewership For WWE Since Move To Peacock