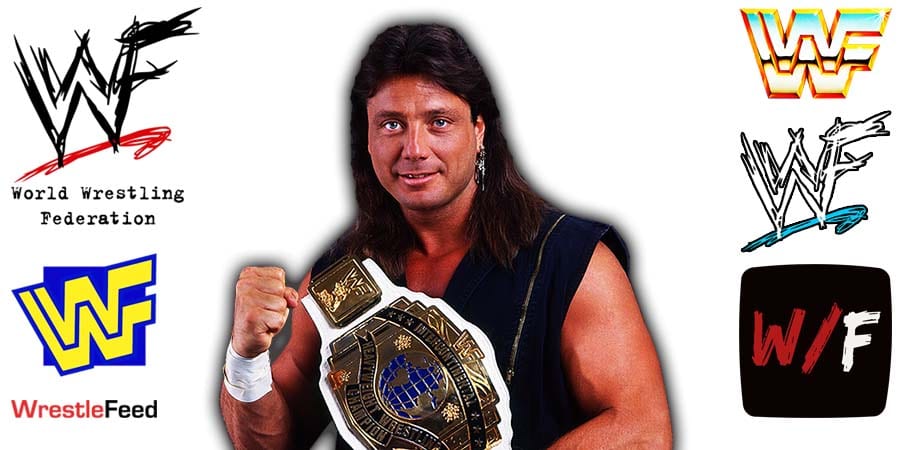 Old School WWF Tag Team Legend Marty Jannetty took to Facebook to post a few videos, that show himself at a black club, where he claims to have gotten heat for leaving with a beautiful woman he met there.

Here’s what he posted:

“More mad than you want to know..lil momma in the brown told me what I know, I can’t leave with you in front of them, will meet you outside..ninja saw it knew it and pulled a blade on me..the floor is covered in blood and it ain’t mine WHO THE F*CK IS RACIST?? Your boy may not live for racing up on me..I’m white but don’t mistake me…

The light skin black girl I was gonna hammer..stole my wallet..lol..I got it back though…had to tune her bday up.. dangerous being white in a black club..she told me what I know.meet me outside..can’t leave the club with a white boy..look who’s still here. yo boiy MJ Up-n-d-house

We finally at the show..not for nothin, but I had to serve up a two piece last night..black clubs ain’t cool with white.. specially when you leave with their beauty queen..for those of you that don’t know..white at a black club, you meet outside..do not dare walk outside with her..you can 2 piece all you want..brothers got guns and knives..thank goodness the brothers were on team..it’s sad it’s that way…”