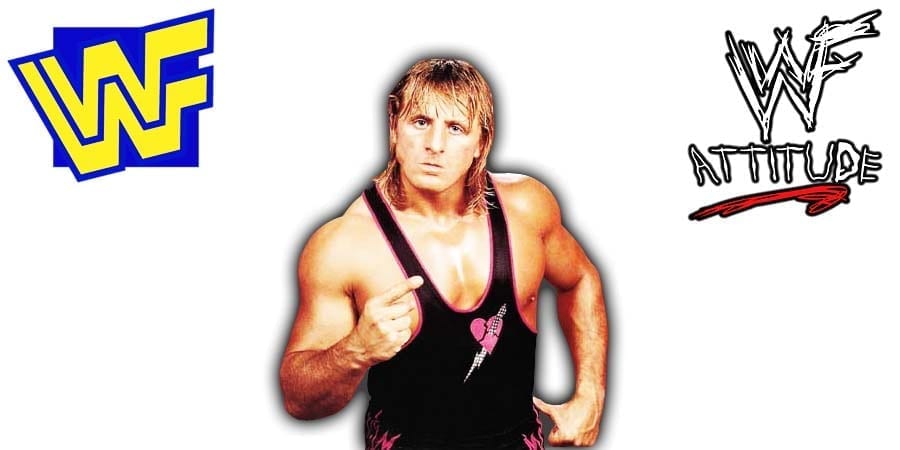 Old School WWF/WCW Legend Jeff Jarrett was recently interviewed on an episode of the It’s My Wrestling podcast, where the 2018 WWE Hall of Famer spoke about All Elite Wrestling’s upcoming Owen Hart Cup Tournament, which is happening as a result of a working relationship with the Owen Hart Foundation.

“I was elated. I was super excited. You know at the end of the day, Martha, Oje and Athena, they absolutely know the husband, the father, the family man that Owen was, [as did] us that were friends and knew him personally and professionally.

But there’s an entirely new generation of professional wrestling fans and I was just talking to somebody recently, they asked me about this and you know, whether it’s trials or tribulations or championships or whatever it may be – those definitely just come and go but a legacy is something that lives on forever.

Owen’s legacy of not only the human being he was, but the incredible athlete and the performer. He, like myself, grew up in this industry. His father was a promoter. My father was a promoter, that was our original connection. So you know, the family band and traveling up and down the roads and everything that goes with that, but Owen candidly, his legacy is now getting the opportunity and kudos to everyone involved.

I mean, everyone involved in the decision to bring this to light and most importantly, Martha, that now here we are and Owen’s legacy is going to be not only shared with the world, but in my opinion and most importantly is the Foundation is going to continue to grow and grow and the awareness is going to continue to grow, and it’s going to be able to impact lives in a really positive way. That is something that is at the very utmost [importance].

Sure Owen had great matches and was and a fantastic family man and husband and everything we know about Owen, and rumor has it he was a pretty good prankster! That’s a whole other interview [laughs]. His legacy being able to impact lives in 2021 and 2022 moving forward, that’s something that is very inspiring to me and I could not be happier for all involved.”

It was broadcasted from the Rupp Arena in Lexington, Kentucky and featured matches, interviews & storyline segments on the road to the ‘WWF Capital Carnage 1998’ PPV.

1. D-Generation X vs. The Oddities