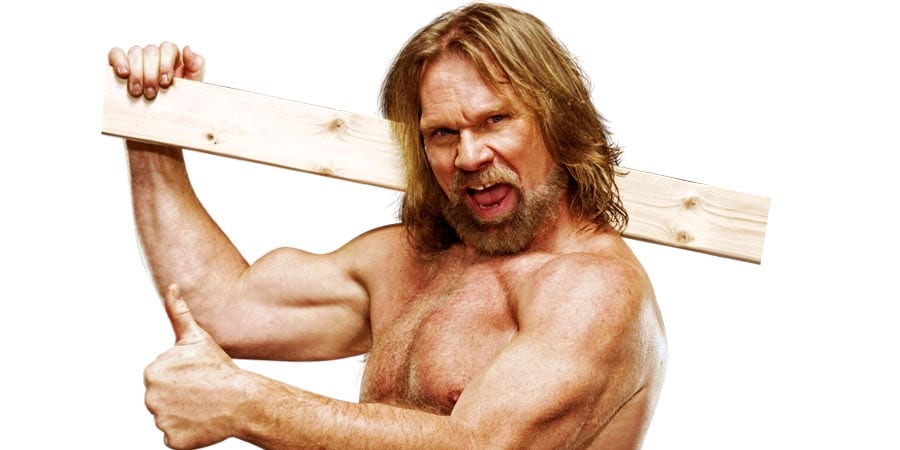 This episode featured pre-taped matches, interviews & storyline segments on the road to the ‘WCW Starrcade 1990’ PPV.

– Terry Taylor vs. Morgus The Maniac

– The Nasty Boys vs. The Italian Stallion & Rick Newsome

• WWF Legend Reveals Why He Got Admitted In ICU Recently

As we noted before, Old School WWF Legend “Hacksaw” Jim Duggan was admitted in ICU recently.

During a recent interview with TMZ Sports, Duggan revealed that he was having troubles while breathing and heart issues.

GREAT NEWS, getting out of the Intensive Care Unit !! Thanks for ALL the thoughts and prayers! I may get out of hospital this wkend! I hope !

Below is what Duggan said:

“I flew up to New York on Sunday for an autograph session and flew back Sunday night. I had a little tightness in my chest, and of course some years ago I tore my pectoral muscle and never had it fixed, so I thought that was the problem.

Well, I drove back from Virginia on Monday, and Tuesday night I was trying to move some boxes for my daughter and I’m like, ‘I cant believe how out of shape I am! I can’t walk up the stairs carrying a box.’ I was really having trouble breathing.’

Tuesday morning, I got up and I was trying to take my blood pressure, and my wife came in, and I said, ‘maybe I should get an EKG, but not at the hospital!’ And she said, ‘We’re going to the hospital!’ Of course, we went in and with chest problems, they take good care of you.

The first EKG they did, six or eight more people came in the room and started sticking me and plugging me up to machines and stuff. Which was pretty terrifying to tell you the truth, because ya know, I’ve been relatively healthy my whole life and never had a heart problem.

And all of a sudden, all these people with masks on are seriously working on you. It’s pretty terrifying! They told me my heart had gone in to AFib, which is not a life-threatening deal.

Bill Eadie, one of the Demolition guys, called me and said he had AFib for many years. Jerry Lawler called me and said, of course, he has a heart problem and is still doing well. Brian Knobbs and Jerry Sags. Hulk Hogan. Just everybody checked in on me, which was really nice. The outpouring from the fans and friends is humbling.”