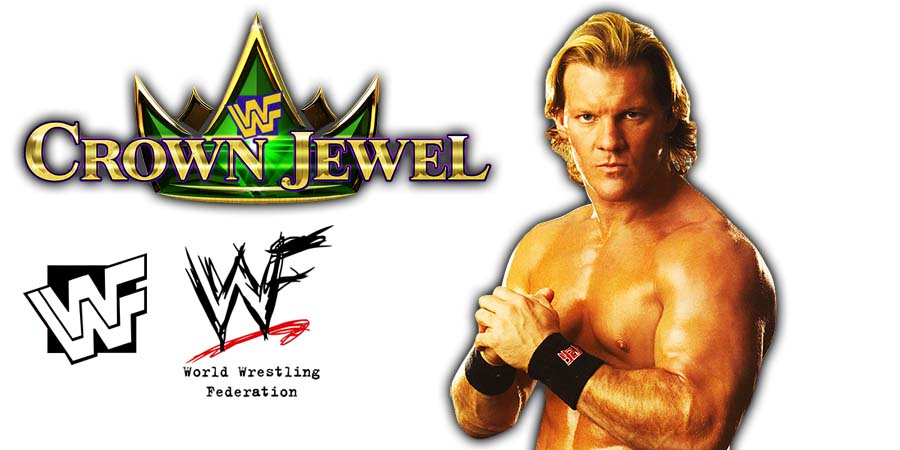 A fan noted on Twitter that Old School WWF Legend Chris Jericho should be a part of the World Cup to crown the ‘Best In The World’ at WWE Crown Jewel PPV.

Below is what Jericho replied:

Speaking of the WWE Crown Jewel PPV, below is the current match-card for the show: