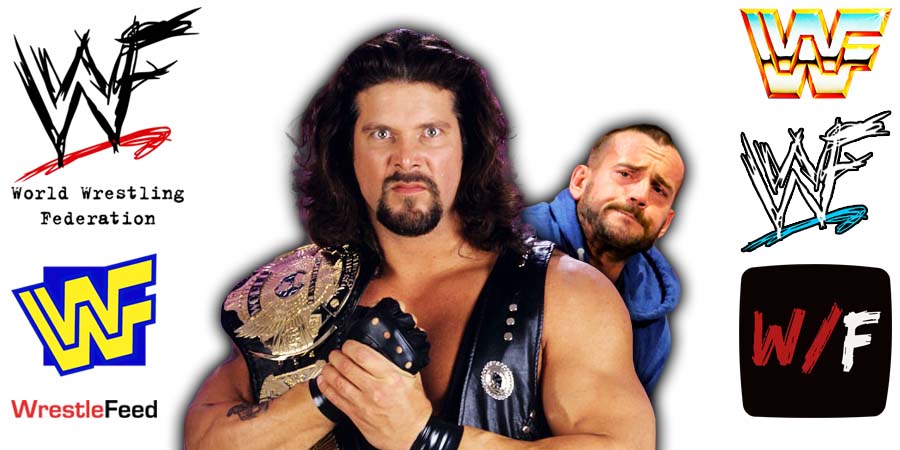 On the latest episode of his weekly ‘Kliq This’ podcast, WWF/WCW Legend ‘Diesel’ Kevin Nash talked about the recent backstage fight after the AEW All Out 2022 pay-per-view, which resulted in CM Punk, Kenny Omega & The Young Bucks being suspended from the company for the time being.

Nash especially buried CM Punk (with whom he had a storyline program on WWE TV in 2011, which unfortunately never led to an actual match between the two) for being unfit, tired and beat up at age 43 (which Punk himself said during the All Out media scrum).

“At 43 years old, Phil is tired. He’s beat up. I was in the ring at 55 and he was cutting the promo on me, ‘Click. Click, I can hear your knees, lol. I thought you were dead’ That motherf**ker is cutting that promo on me and he sits there at 43 years old.

I guess in retrospect, like, when I actually thought about it, it was like, oh no, he didn’t lose his sh*t. That’s toxic shock. He didn’t pull his tampon out. He’s f**king got toxic shock syndrome. I thought about that and I googled him. I said, 43.

Wasn’t it after the f**king deal? You guys can’t work that out? I haven’t heard if they were suspended without pay. So they’re the f**king cop that f**king shoots the guy 23 times in the back and then sits at his desk. That’s an effective way to f**king manage. What a bunch of sh*t.”

Also Read: “Everything CM Punk did was disastrous because…” – Mick Foley Comments On The Post-All Out 2022 Incident

In Your House Highlights

The British Bulldog vs. The Undertaker