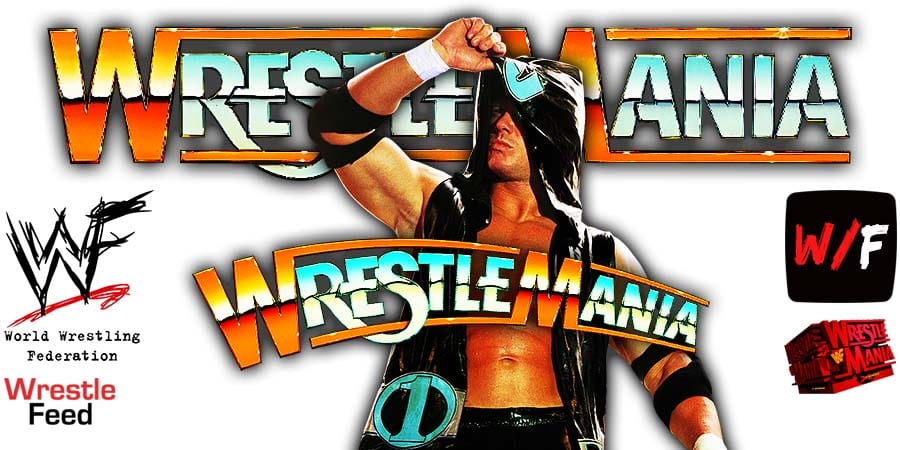 During a media call to promote this week’s NXT TakeOver: Stand & Deliver, WWF Legend “The Game” Triple H revealed that AJ Styles approached him for a match at WrestleMania 37, but he turned it down.

“He pestered with me every time I saw him! He would ask me about it and ask me about my schedule and as we got closer, man, I’ve said this before, getting ready for WrestleMania is a different thing. And the older you get, the harder it gets.

When he first came to me, I said, ‘AJ, I’m not going to tell you no. Personally, I’d love to work with you and at this point, you can carry me to something.’ So, I’d love it.

There’s a part of me that wants to do it, and then there’s just a bigger part of me that says, ‘I’m so busy 24/7, that to even try and contemplate how to train in the way I would want to train and get in shape – and by shape, I don’t mean look…in shape ring wise so you don’t embarrass yourself once you get in there at 52.

It’s a lot of work and I don’t know that I have – I’m not afraid of the work. If I could make more hours in the day, I could find time to do it. It’s just time.”

Styles will team with Omos to face The New Day for the RAW Tag Team Championship on Night 1 of WrestleMania 37.

It was pre-taped at the Pepsi Arena in Albany, New York and featured matches, interviews & storyline segments on the road to the ‘WWF In Your House 21: Unforgiven’ PPV.

The Disciples of Apocalypse vs. Brian Lawson & Roy Raymond