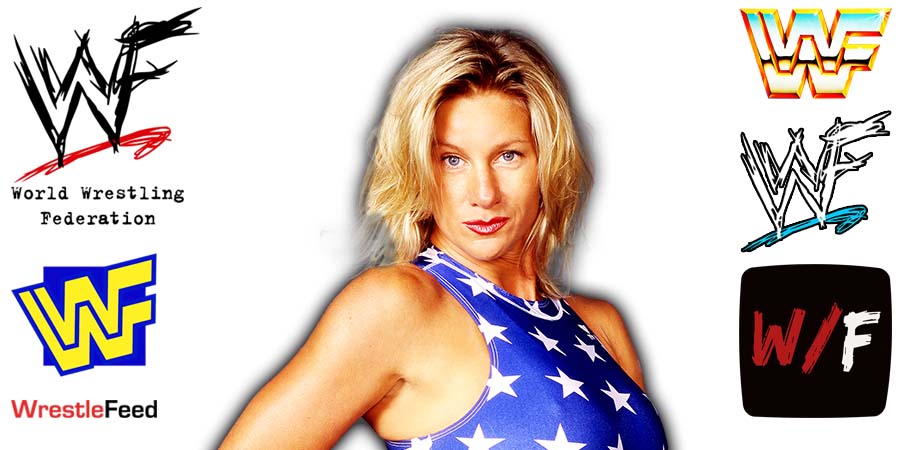 Old School WWF Legend Alundra Blaze (aka Madusa in WCW) is set to release an autobiography, where she’ll fight the misogynistic part of pro wrestling.

“Professional wrestling was an odd foray for a nursing student but she went all-in, setting high standards in the ring and for herself. The punishing style she learned and adopted in Japan suited someone who needed constant challenges.

In WWE, she was known as Alundra Blayze and held the company’s Women’s Title…until being fired out of the blue by a letter delivered via FedEx. The rival WCW hired her, and Madusa made waves by tossing the WWF’s Women’s Title in a trash can on live TV.

It was not an easy ride in the misogynistic world of professional wrestling. The colorful villains on the screen were one thing, but the behind-the-scenes power brokers were even viler, harassing and abusing with impunity, deft in sowing distrust by pitting employees against each other, and lightning quick to cover up any scandalous behavior.”

A few months ago in June, she spoke to Fightful and complained about similar things, including the fact that she started the WWF Women’s Revolution and not Trish Stratus or Lita, plus the way she was let go by the World Wrestling Federation in 1995.

Here’s what she said then:

It’s a forgotten era behind there. Bullsh*t. I was pissed off when Vince let me go. Why would he let just the women go and continue with just the men? I’m gonna start a revolution because I had enough. Women don’t need to be treated like this. Why do we get let go?

I understood because Vince was going through a lot with IRS and steroid problems. He was trying to downsize. But why not let some guys go? Why the women?”