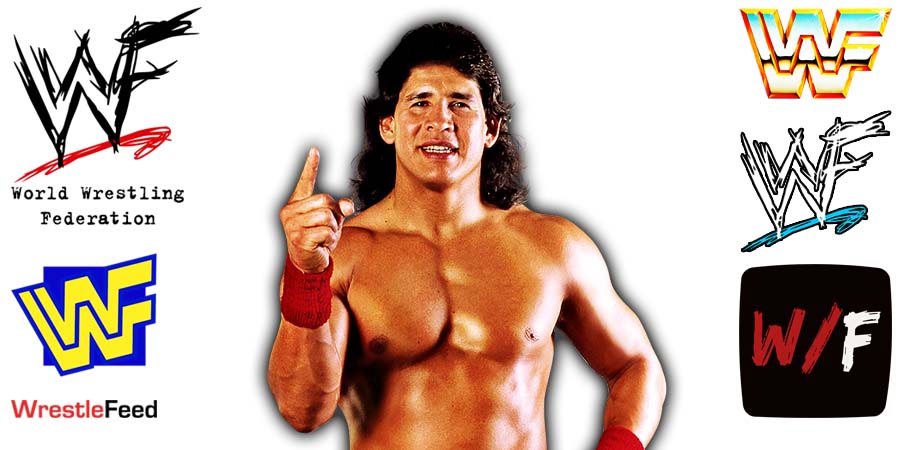 Jenni Santana, the daughter of Old School WWF Legend ‘El Matador’ Tito Santana, appeared on a recent episode of Charlie Haas’ ‘Wrestling’s Greatest Podcast’ and revealed that she didn’t find out about Tito being her biological father until recently.

Here’s what Jenni had to say:

“I actually have not grown up with him. I actually found out he was my father a few years ago. I haven’t had this second generation childhood like everyone else had, so I’m coming at it from a different angle, but it’s exciting seeing the things he’s accomplished which is amazing and a pretty cool thing.

We don’t really have a relationship right now. We talked a few times, but it’s kind of been silent lately, so I’m not really sure how it’s going or where it will go. I actually haven’t had a chance to have a conversation with him since I started wrestling.

He did say he wished me well with wrestling. He didn’t have any ill will towards it. I’ve only been training for 6 months now.”

Tito Santana wrestled for the World Wrestling Federation from 1983 until 1993 and later provided commentary at the Spanish announce table in 1997 & 1998.

Puccio used to wrestle for the World Wrestling Federation during the early 90s, but only appeared on House Shows and never on TV.