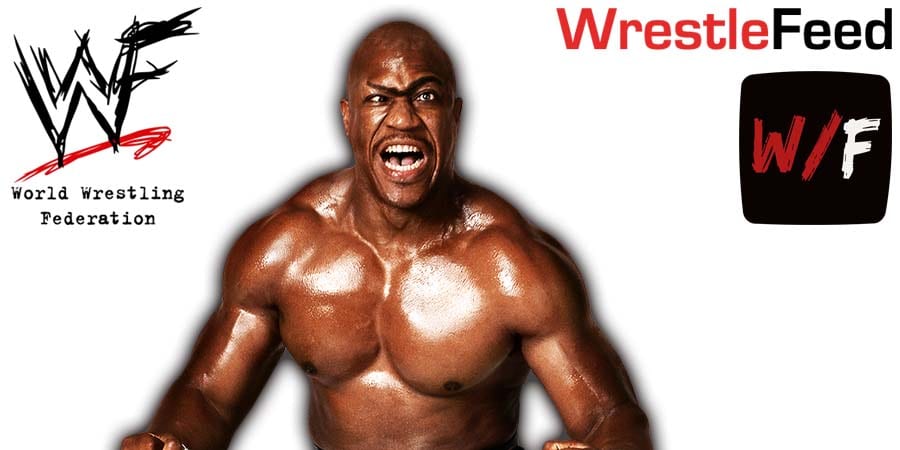 • WWF Star Zeus Has Passed Away

As first reported by TMZ, Tommy “Tiny” Lister, known to wrestling fans by the name of “Zeus”, has passed away at the age of 62.

The report stated that a call was made to police on Thursday just before 3 pm Pacific time regarding an unconscious male, and he was pronounced dead on the scene. The official reason of his death has not been revealed yet.

Cindy Cowan (his manager) told Variety that he showed symptoms of COVID-19 recently and cancelled working on a movie after he fell ill.

“He was a wonderful guy with a heart of gold. Everyone loved him. A real gentle giant,” Cowan told Variety. “We’re all devastated.”

Tommy Lister worked as Zeus in the WWF and as Z-Gangsta in WCW.

WWE issued the following statement on his death:

“WWE is saddened to learn that Tom “Tiny” Lister, known as Zeus to the WWE Universe, passed away today at age 62.

Zeus first entered the squared circle opposite Hulk Hogan in the 1989 film “No Holds Barred.” The rivalry extended beyond the big screen, as The Human Wrecking Machine quickly formed a common bond with “Macho Man” Randy Savage in their shared quest to take down The Immortal One. Zeus & Savage battled Hogan & Brutus “The Barber” Beefcake in the main event of SummerSlam 1989. One of Zeus’ most memorable moments came at Survivor Series 1989 as part of Ted DiBiase’s Million Dollar Team, when The Human Wrecking Machine got the better of The Hulkster in an impressive display of strength.

Lister famously portrayed the daunting Deebo in the classic “Friday” and “Next Friday” movies, as well as roles in “The Fifth Element,” “The Dark Knight,” and “Zootopia.””

This episode was pre-taped at the Mid-South Coliseum in Memphis, Tennessee and featured matches & storyline segments on the road to the ‘WCW Starrcade 1998’ PPV.