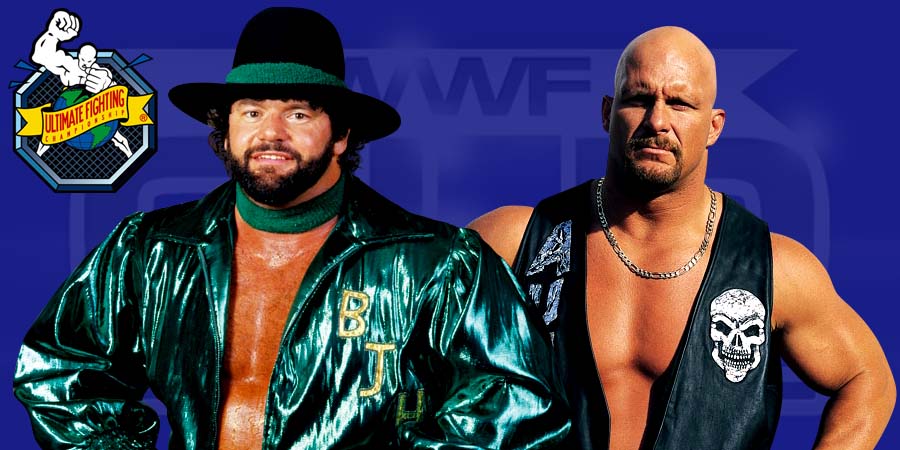 Former WWF wrestler Billy Jack Haynes has challenged WWE Hall of Famer “Stone Cold: Steve Austin to a $1 million UFC fight. He also blamed Vince McMahon & Steve Austin for the death of Roddy Piper. Below is what he posted on his Facebook profile:

“I welcome the (NEW) FB members, I had to BLOCK 32 ignorant WWE backers that simply feel VKM can do no wrong, VKM wants to get rid of the old school that made him a BILLIONAIRE, if VKM could close his eyes and make a wish, the entire 1980’s and 1990’s would be gone.

Hulk Hogan is gone & removed forever, not a trace. Look in the mirrior VKM there is the real RACIST, we have 5 African Americans on our CLASS ACTION LAWSUIT that will testify to this. But I’m so damn pissed on this August 14th, 2015 day it is very hard at age 62 to maintain my composure!…….Here are the facts with the DEATH of LEGEND WRESTLER Rowdy’ RODDY PIPER! Rod on a podcast had a Stone Cold Steve Austin impersonator, he was great! Steve Austin went crazy and told VKM to fire Roddy Piper or Steve Austin would quit, so VKM after 30 years (3) DECADES fires RODDY PIPER, VKM knew RODDY had not been well as of late, this information hits the internet, so it is TRUE, RODDY PIPER dies of an apparent Heart Attack 3 days after he was fired! So VKM goes into cover-up & LIE mode.

So VKM who clearly knows Steve Austin loves beating up on women, I should know he married my first ex-wife Jeanne Clarke, then he married and many times beat then wife Debra McMichael right Steve Austin (DOCUMENTED) well I have an idea Steve and here it is. TRY ME A$$HOLE! UFC 1 minute rds, 1 minute rest to a KO finish! Stand up fists only, there your favorite weapons against women anyway right you women beating piece of $hit! A million dollar winner take all, we both put up a million dollars! With one of the million going to a battered womens shelter! I’m 62 Steve is 51 my knees are gone, a UFC fist fight to a finish SIMPLE!……Not so fast VKM, you allowed this woman beater to be in your company for 20 years, he is also a WWE HOF how the hell is this?……..Roddy to me clearly died over the pure STRESS of being FIRED by you VKM, & over a woman beater that you know full well is, well RODDY has paid the ultimate price for this pure BS!

I take RODDY’s place, cause one thing for sure if you knew Roddy like I did for (33) years he would have come after you Stone Cold and beat your damn a$$, then came after you VKM and went out in style (HIS OWN WAY) but now after Roddy Piper dies, (3) days after crybaby goes EGOMANIAC to you VKM you try to cover it up with a LIE, how corrupt are you, this is the reason the WWF/WWE need a UNION NOW!, fired for nothing after (30) years Vince, he kept you from prison in the Zahorian trial VKM, once again what goes around comes around! The mega million dollar CLASS ACTION LAWSUIT place stronger than ever, every day! I clearly blame you Steve Austin & VKM for the DEATH of RODDY PIPER, & without question if RODDY was here today, he would tell me BILLY KICK BOTH THEIR ASS! Consider it done HOT ROD! Where do yo 2 PUNKS stand fight a MAN or a woman? You’ll have not one choice once the MAINSTREAM MEDIA and PROPAGANDA and WOMANS LIBERATION grab the headlines! This is my answer RODDY, I love you, I miss you, your TRUE FRIEND of 33 years, Billy Jack Haynes PS. You would have done the same for me period!”