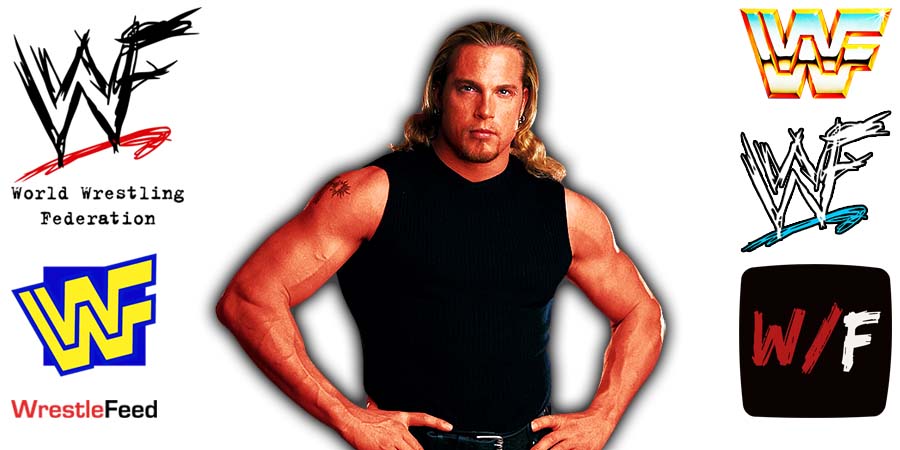 • WWF Veteran On What Hurt Test’s Run In The Company

Andrew Martin was brought to the World Wrestling Federation in 1998 under the name of Test.

Old School WWF Veteran ‘Brother Love’ Bruce Prichard talked about Vince McMahon’s high hopes for Test, which would not come as a surprise to anyone, considering Vince has mostly pushed big and/or tall pro-wrestlers since he took over from his father, Vince McMahon Sr., in 1982.

Here’s what Prichard said about the WWF signing Test back in the day:

“I think that we looked at Test with high hopes of being a main event guy. I think that probably the thing that hurt Test in some ways at the very beginning was Vince Russo making the comparison to him and Kevin [Nash].

‘He’s gonna be the next Kevin Nash bro. Look at him’ and I think to Shawn [Michaels] and everybody, it was like, ‘He’s no Kevin Nash.’ But Test was young and at that time, Test came in very young with very little experience and I think somebody asked him, ‘Hey man, how many matches have you had?’ And he like counted, I think he had like 21 matches. ‘This f**king guy’s had 21 matches and he’s in the main event on RAW?’

But I do think in some ways that was good. Just sometimes man, you gotta get new talent out there and go. He had a great look, had some charisma, natural charisma. But we did have high hopes for Test early on.”

The Fabulous Freebirds defeated The Road Warriors by DQ

The Steiner Brothers defeated The Skyscrapers by DQ