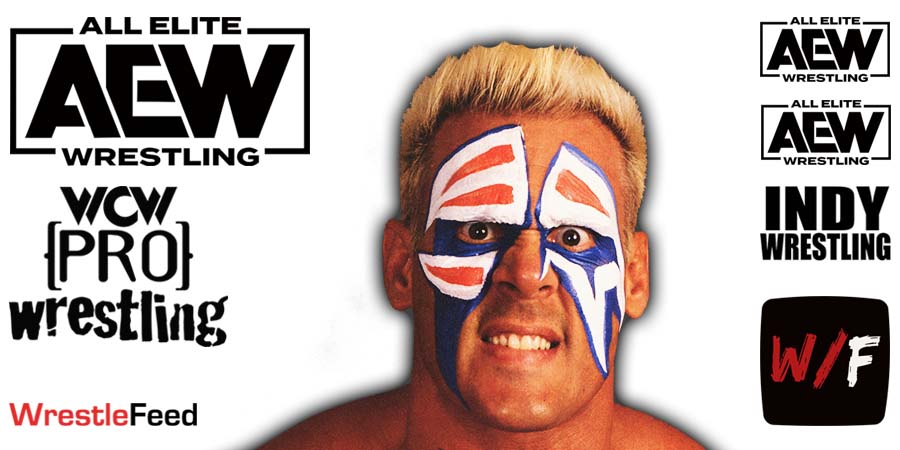 In a span of 18 months, Sting has wrestled 12 matches (and won all of them), but Cornette believes Sting would draw better if AEW only booked him in 2 big PPV matches in a year.

Here’s what Cornette had to say:

“Oh, I forgot Sting’s still there. Yes, you keep Sting. You try to figure out what has motivated Sting to dive off the balcony at 62 years of age for these f**king cretins.

But yeah, you know Sting is of name, he’s a legend, he’s an icon, and you play to that strength, instead of trying to make him one of the boys and just show up when it snows in Florida.

Two pay-per-views a year, he would make you his salary back and more, in some feature match, not the main event but a feature match. And then you make people hungry for it again because it doesn’t happen for another 6 months.”

He then chose not to join the World Wrestling Federation. Instead, he ended up in Total Nonstop Action! (TNA), where he became a full-time Superstar from 2006 until 2014.

Only after that The Icon finally joined WWE and made his debut at the 2014 Survivor Series PPV, but had to retire from active pro wrestling after an injury at the Night of Champions 2015 pay-per-view.

When he was cleared to wrestle again, but his obvious dream match opponent The Undertaker retired, Sting cut all ties with WWE and decided to join Tony Khan’s All Elite Wrestling in December 2020.

– Doink The Clown vs. Tony Devito