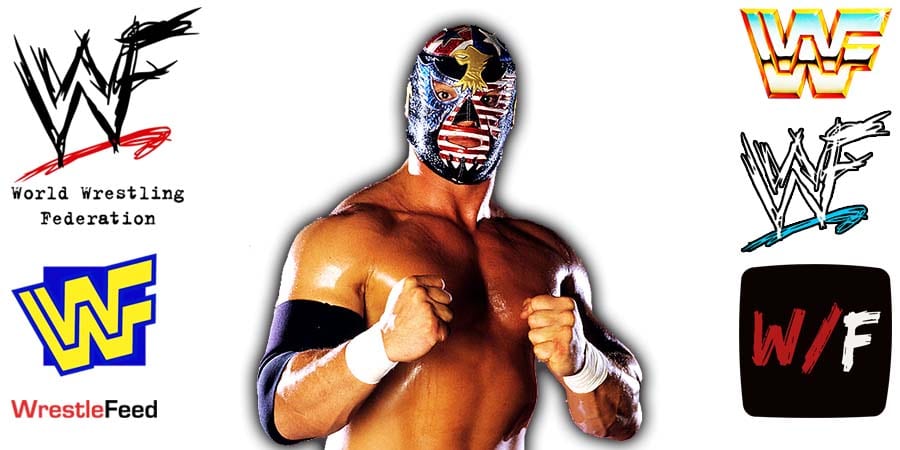 • WWF Veteran The Patriot Passes Away

We are saddened to report that Old School WCW/WWF Veteran The Patriot (Real name: Del Wilkes) passed away earlier today at the age of 59 due to a heart attack.

Allen Wright Adkins broke the news on Facebook. He posted the following:

“At the request of his family, its with a devastated heart that I let you know Heaven gained one of the most special men I’ve ever had the honor to know today. Del Wilkes, I’ve loved you for 40 years and always will. Rest in peace, my dear friend…you’ll be missed more than you could ever know.”

Some of you might remember his World Championship Wrestling stint, where he teamed with Marcus Alexander Bagwell as the tag team ‘Stars and Stripes’ from 1994 to 1995.

The Patriot’s biggest claim to fame was his run with the World Wrestling Federation in 1997, where he challenged WWF World Heavyweight Champion Bret “The Hitman” Hart for the Title at the ‘In Your House 17: Ground Zero’ PPV.

An injury kept him from wrestling as a member of Team USA at Survivor Series 1997, and they let him go in early 1998.

We extend our deepest condolences to Wilkes’ family, friends and fans.