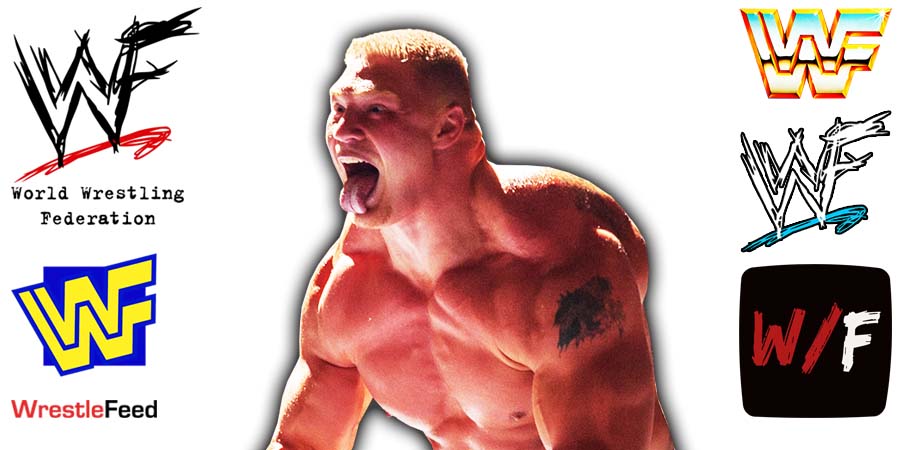 Lesnar was booked for a spot in the ring with Synn and she told Lesnar not to place his hand anywhere near her v*gina while lifting her up because she got it pierced, but Lesnar did exactly that.

“Synn told him that she had got her v*gina pierced that day and his spot was to pick Synn up over his head. She said, ‘whatever you do, don’t get your fingers anywhere near my v*gina. It’s very sensitive there. I got it pierced today.’

Well, Brock Lesnar being Brock put his fingers not only near her v*gina, but in her v*gina. She was furious. She went back b*tching to [Jim Cornette] and Jimmy lost his f**king mind, went out in the parking lot and confronted Brock.