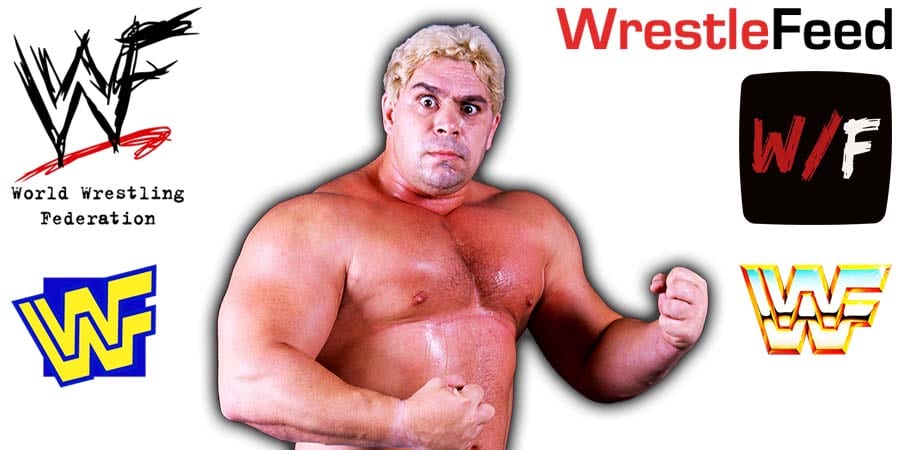 On this day in 1993, we lost Old School WWF Veteran “Canada’s Strongest Man” Dino Bravo (Real name: Adolfo Bresciano) at the age of 44 due to a homicide / ballistic trauma.

In 1978, he won the WWWF Tag Team Titles with his tag team partner Dominic DeNucci, when they defeated the team of Mr. Fuji & Professor Toru Tanaka.

Below is the real story behind the murder of Dino Bravo, as told by fellow wrestler Rick Martel:

Wrestling was his whole life. And back then, WWF was the only game in town. So if he couldn’t do it for the WWF, what could he do? His uncle [by marriage] was the head of the Mafia in Montreal. And he was always saying, ‘Dino, come work for me…’

Dino was the kind of guy who [always wanted] more and more [but didn’t know when to stop]. He knew himself and he knew his demons. But then his [debts] and lifestyle got too much…and all of a sudden the revenue [wasn’t] coming in.