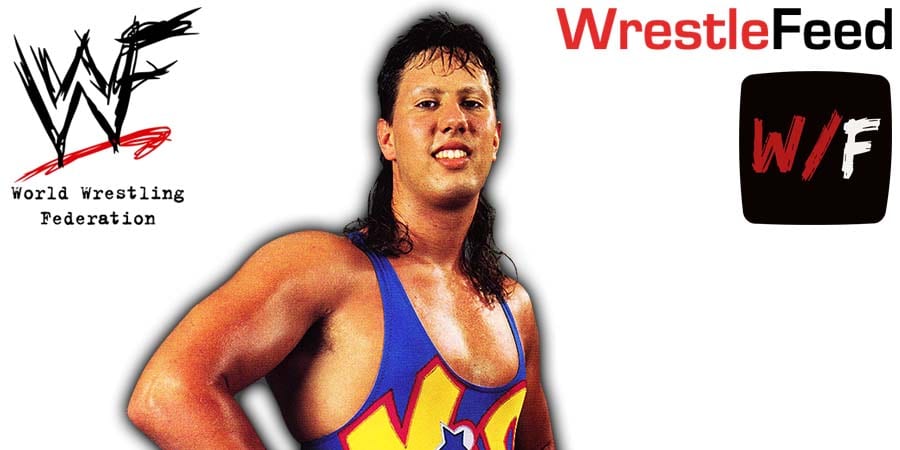 • X-Pac Reveals When He’ll Be Ready To Wrestle Again

nWo week is currently going on in WWE and two-time WWE Hall Of Famer Sean Waltman (1-2-3 Kid, Syxx, X-Pac) appeared on the latest episode of WWE’s The Bump, where he revealed that he would be ready to return to in-ring wrestling action in early 2022.

Here’s what the former WWF European Champion said about his current recovery process:

“It’s going great, it’s going great. The recovery is on schedule. I had [surgery] in January and I’ll be ready to go early next year. Look, I might have a couple matches, nothing major.”

It's been a long time coming. Our first in-studio guest in over a year on @WWETheBump, @TheRealXPac!

Miss ya, @KaylaBraxtonWWE. Stay safe and we'll see you next week in the studio!! pic.twitter.com/MXLIugF36x

Waltman also explained how he became known as Syxx in Ted Turner’s World Championship Wrestling in 1996:

“Hulk used to call me ‘Six Pack’ because you know, he liked to drink beer. Like a six-pack of beer. [laughs] But then, my younger friends like the Lucha guys, Konnan and all them, they changed it to ‘Pac’ and it was ‘Syxx-Pac’.”

In addition to his interview with The Bump, X-Pac also spoke about this topic with Inside The Ropes, where he said the following:

“So when I came to WCW, Eric Bischoff named me Syxx. People were like, ‘what does that mean?’ Well, ‘one plus two plus three equals six.’ I still don’t really know the answer to that, I don’t remember Eric ever confirming where he got it from.

When I left, Vince was trying to figure out a name for me. He knew I didn’t want to be called ‘Kid’ anymore. He goes, ‘Well what if we called you ‘The Man?’’ This was before Becky Lynch by the way. I’m like [sucks teeth] I’m not really feeling it, man. But he would throw out ideas, and if you weren’t a fan of it, you wouldn’t hurt his feelings.”

After being let go by the WWF in 1988, Haynes wrestled for promotions like the United States Wrestling Association, Herb Abrams’ Universal Wrestling Federation and even Ted Turner’s World Championship Wrestling (under a mask as “Black Blood”).

In recent years, he made a name for himself for doing several shoot interviews, where he came up with some of the sickest and most screwed up stories anyone can imagine. We can not confirm whether there is any truth to them or not, but won’t mention them here.