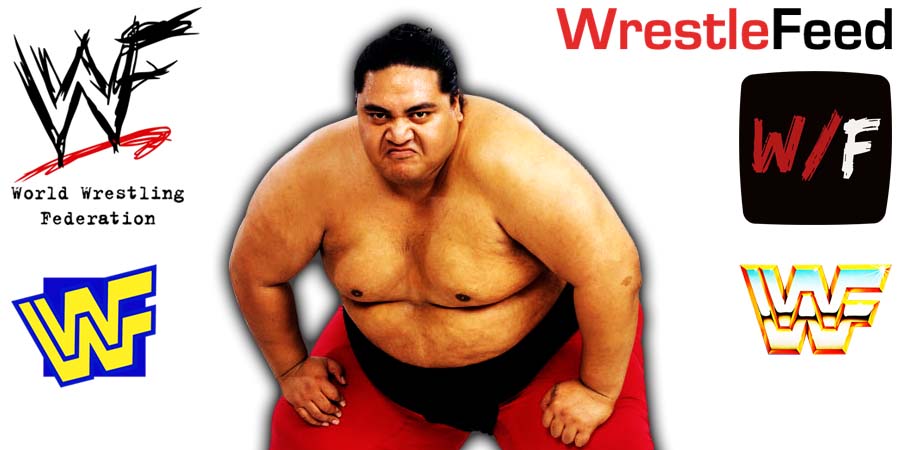 • Yokozuna Ended Up Gaining Weight At A Weight Loss Center, Why He Couldn’t Return To WWF

“Yoko’s weight kept increasing. The more he weighed, the less his cardio was prominent. He gained 100 pounds, he got huge. When you get out of breath or fatigued and you’re starting to lose strength in the ring, sometimes you just can’t execute. Somebody as large as Yokozuna, a minor miscue could be very devastating.

We sent Yoko and Vader to the Duke University weight loss center to lose weight, to retrain themselves how to eat. We’re getting in that era where Yoko was described as morbidly obese. It was a matter of time where one athletic commission is not going to let him work. We wanted to get ahead of the curve, so we sent him and Vader both.

How do you gain weight at a weight loss clinic? Upon some Chicago Police work, we found out they were leaving the facility rather late in the evening to go to whatever drive thru was open. Generally, it can serve chicken. The chicken business probably peaked at that time.”

On difficulties Yokozuna faced during travel:

“There’s not much you can do. He couldn’t fit in a couch seat, he flew in first class. The travel people took care of Yoko per our instructions, much like they did Andre [The Giant]. He could get in a van and spread out, literally, and chill.

He was used to more car trips because he could say, ‘I need to go to the bathroom’, then you’d find yourself a spot and do your thing.

In an airplane, you have one choice; you don’t have a king size bathroom you can use. He had troubles getting in and getting out.”

On Yokozuna being released due to weight & heart issues:

“He was not surprised. He had been told the same stories, the same things. We tried and tried to make this thing work. He knew the issues. The weight was one thing, but man, having heart issues? You don’t touch that. If nothing else, you protect the talent because you love them. We can’t put him in the ring with a heart issue. It was the only choice we could make, and he knew that.”

“I would talk to him sporadically in my role. Just to touch base with him and see how he was feeling. Obviously, we wanted him to come back. The 400 pound number was the number – we thought that if he got to that level, he could better address his heart issues. He was 200 plus over that. He’s got to pass a physical, and he couldn’t; it’s simple as that.”

Also Check Out: Undertaker Gets Emotional While Remembering Yokozuna (Video)

Even those of you, who never heard of him, will probably remember him from his only World Wrestling Federation appearance, which was him wrestling at the Survivor Series 1993 PPV as The Black Knight, one of Shawn Michaels 3 masked knights, who faced the Hart Family team.