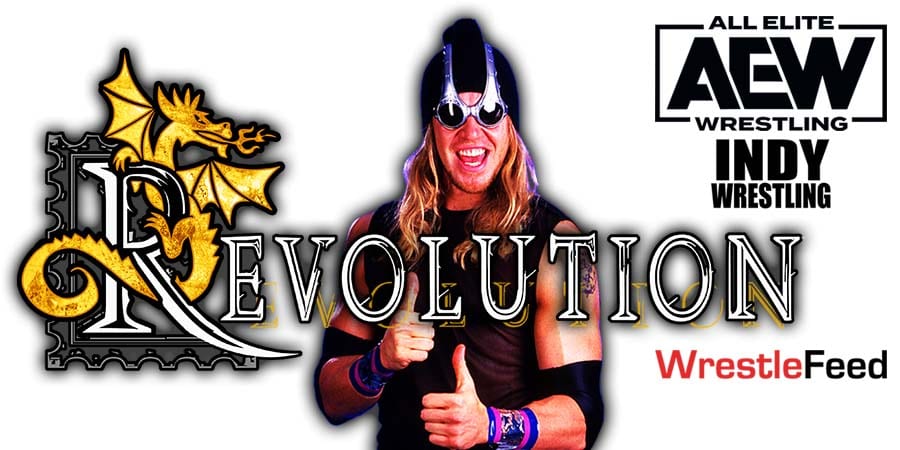 On the latest episode of his weekly podcast ’83 weeks’, WCW Legend Eric Bischoff talked about the recent AEW Revolution 2021 pay-per-view, that was built around the surprise debut of WWF Attitude Era Legend Christian, now known under his 2005-2008 TNA name Christian Cage, after fellow legend ‘The Big Show’ Paul Wight had teased a “Hall of Fame worthy talent” signing with AEW a few days earlier.

Here’s what the former WCW President had to say about Christian’s AEW debut:

“I was disappointed for Christian in particular, managing expectations, creating an expectation or creating anticipation, therein lies the art in promotion. Making people want to see, want to feel, that’s the art part, the biggest part of being successful in anything in entertainment.

Managing anticipation and expectation is the most important thing you can do when you’re planning for a big moment. You want to get people excited about it but you have to manage that. You fail to manage the velocity of all that enthusiasm and you under-deliver this much based on unrealistic expectations, by the way, that you created. You have created those unrealistic expectations and when you aren’t able to fulfil them, it’s a let down.

That’s a reality. It doesn’t matter what business you are in. Had Christian just shown up in an impactful way without any advertisement, any promotion, without any expectation or any anticipation, guess what would’ve happened? He would’ve been the hottest topic of conversation for the next two months. The audience would’ve looked at Christian from an entirely different perspective or angle. ‘Holy sh*t!’ Because they would’ve been getting something they didn’t expect or anticipate.

AEW would have over-delivered on expectations instead of creating an unrealistic one and then underdelivering, that’s experience and that’s instinct and you have to understand the audience to understand the risks when you introduce someone like that or create these big moments that you’re intentionally raising expectations about.

Big Show is a little bit different because I don’t think, I don’t know, Big Show is going to be more of an on-camera personality as opposed to an in-ring personality. I think there could have been a different way to introduce him that would have had more impact than an interview with Tony Schiavone.

The same thing kind of happened with the main event match with AEW. I went out of my way, I wanted to watch that match because from a producer’s perspective, man you built this thing up, holy sh*t you’ve got everybody’s attention including mine. They did a great job of raising expectation and the anticipation and they did a poor job of execution.

I respect Tony Khan, I like Tony, Moxley, Omega, phenomenal match, match wise. But it’s like putting a bunch of great actors in a 120 minute movie and 118 minutes of it were fantastic and the last 2 minutes suck, guess what people are going to talk about walking out the door? They’re going to talk about the suck-age.

It’s unfortunate but learning how to manage expectations and control them, make them work for you, not against you. You can’t just throw sh*t out there and say everybody is going to get excited. Yeah, they’re going to get excited, you need to think about the other side of that.”

Also Read: Eric Bischoff Explains Why NXT vs. AEW Is Not Considered A Real Wrestling War