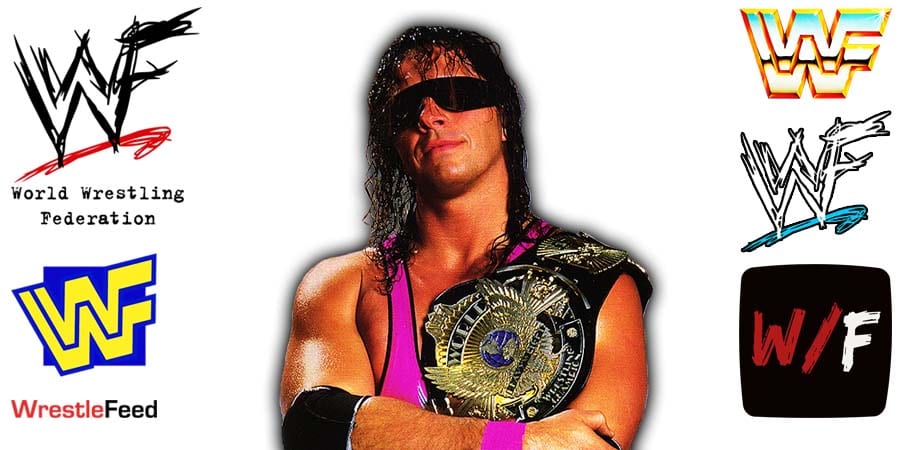 • “You want to be the best, you have got to steal moves from the best” – Former WWE Champion Admits Stealing A Move From Bret Hart

During a recent edition of his podcast, Kurt Angle revealed that he “stole” a move from Old School WWF Legend Bret “The Hitman” Hart for his World Heavyweight Title defense in the main event of the WWE No Way Out 2006 PPV against The Undertaker.

“Well, The Undertaker brought it up because he said Bret Hart used to do it with him, and so I thought it was a pretty cool move, and I think we might have even done the hit on the post.

I have done that a couple of times. I got it out of Bret Hart’s playbook. You know, you want to be the best, you have got to steal moves from the best (laughs).

You know, it was a great spot in the match, and it worked out really well.”

On whether he studied Old School WWF tapes:

“I didn’t study old tapes because I was told not to. Psychology changed, you know, when the Attitude Era came around, there was a lot more action. It wasn’t, you know, you didn’t start off slow. I think everybody was starting with punches, nobody was tying up.

It was just the intensity level of the Attitude Era. You didn’t tell a story in the match, you didn’t wrestle much. The thing is, you get attacked backstage, you go out there, and you’re mad and attack him back, during your match, the GM will book the match. You go out and have the match, and instead of starting with a tie-up in wrestling, you are mad because he attacked you backstage. So, you start beating him up.

It was pre-taped at the Nutter Center in Dayton, Ohio and featured mid-card matches & highlight videos on the road to the ‘WWF WrestleMania XV’ PPV.

– Val Venis vs. The Blue Meanie