– Greg The Hammer Valentine vs. The Intruder

– The Undertaker vs. Terry Zeller

– The Barber Shop with IRS

– The British Bulldog vs. The Black Demon

• You Will Miss Kelly Kelly In WWE After Watching This Video!

Kelly Kelly (a.k.a Barbie Blank) signed with WWE back in 2006, when she was 19 years old. She started on WWE’s ECW brand.

She was the youngest diva on the roster and her gimmick was that of an ‘exhibitionist’, who performed striptease for the crowd.

Kelly Kelly became one of the most popular Divas in WWE during the late-Ruthless Aggression / early-PG era and went on to capture the WWE Divas Championship as well. 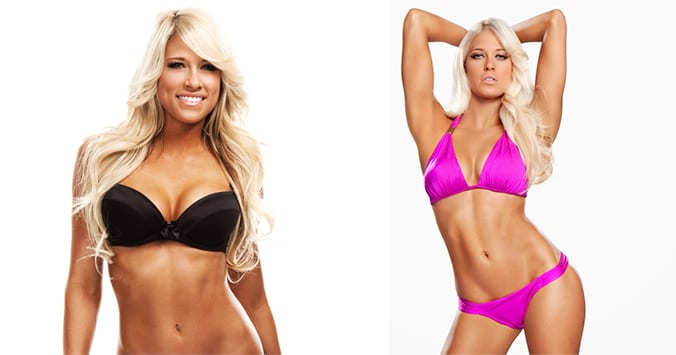 Kelly Kelly left the WWE in 2012. She then returned for two matches in WWE in 2018, where she competed in the first-ever Women’s Royal Rumble match and a Women’s Battle Royal at the first-ever all-women’s PPV – WWE Evolution.

Kelly Kelly is considered one of the hottest divas in the history of WWE and if you don’t miss her, then watch the following video and think again!