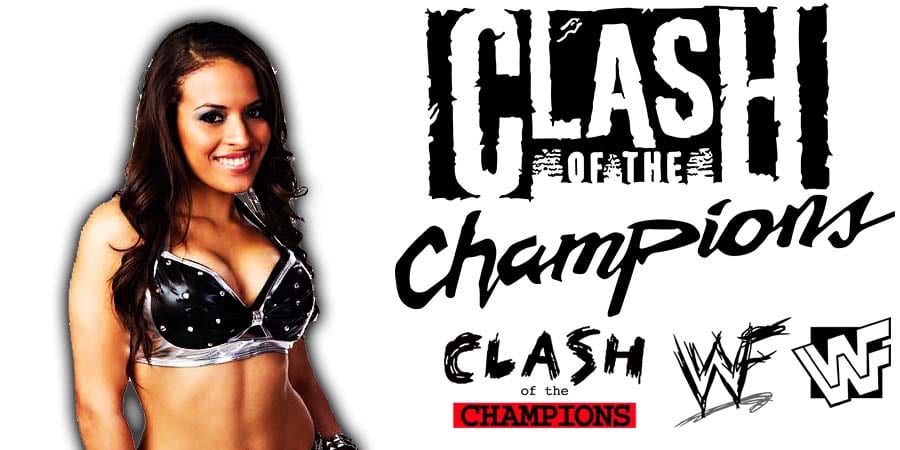 At WWE Clash Of Champions 2020 pay-per-view this past Sunday, Zelina Vega faced Asuka for the RAW Women’s Championship and lost.

Zelina put up a good fight, and ended up submitted to the Asuka Lock in the end.

After the match, Asuka said Zelina wasn’t ready for her, but still showed respect as she wanted to shake her hand. In return, Zelina kicked Asuka to set-up a rematch on RAW the next night, which she lost again.

During their match at Clash Of Champions, Zelina suffered a nip-slip. If you wish to see it (uncensored version), you can check it out in the video below:

– Edge & Christian defeated The Acolytes and The Hollys