On tonight’s episode of RAW, Shane McMahon said Elias is going to face Braun Strowman again tonight and then they sang a song on how “stupid” Braun is.

Braun defeated Elias again. Shane O’Mac attacked Strowman with a crutch after the match, but nothing happened to Braun and Shane ran out of the ring.

Later in the main event segment of the show, Randy Orton said he’s going to end The Fiend once and for all tonight.

The Fiend then showed up in the ring out of nowhere and Orton starting pouring gasoline on The Fiend once again. Fiend was just standing still in the ring and not doing anything.

Orton then nailed Fiend with an RKO. Alexa Bliss then entered the ring to distract Orton and Fiend got up from behind and hit him with a Sister Abigail.

Alexa then pointed to the WrestleMania 37 sign and WWE then officially announced Randy Orton vs. The Fiend for the Show of Shows. 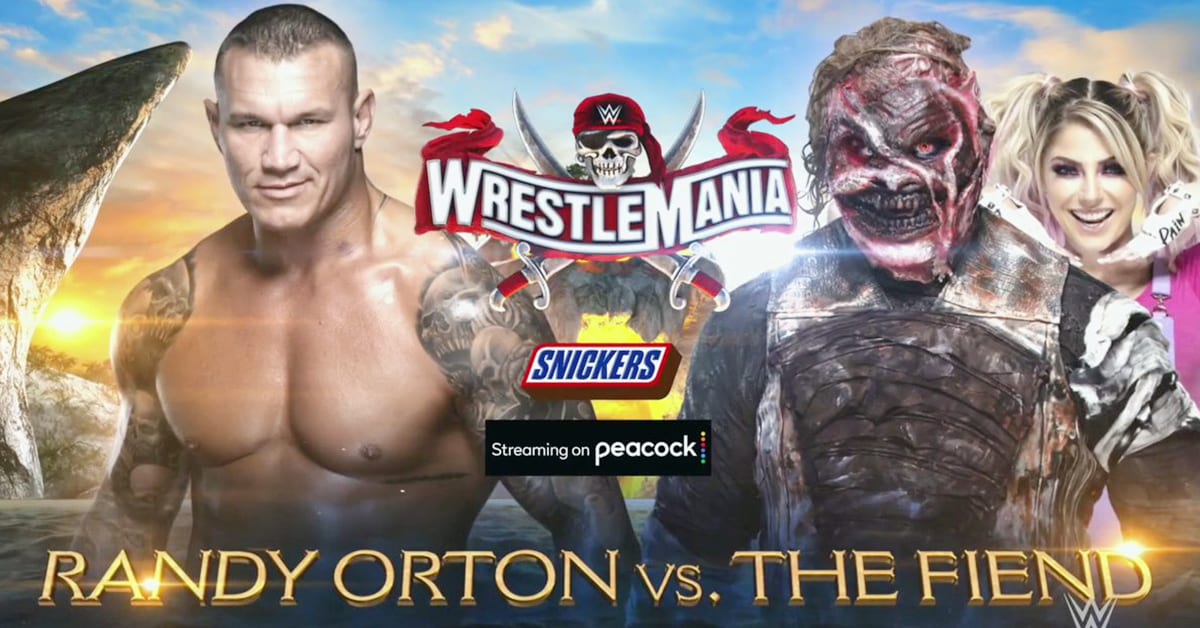 Also, WWE announced the following matches for Night 1 & 2 of WrestleMania 37: