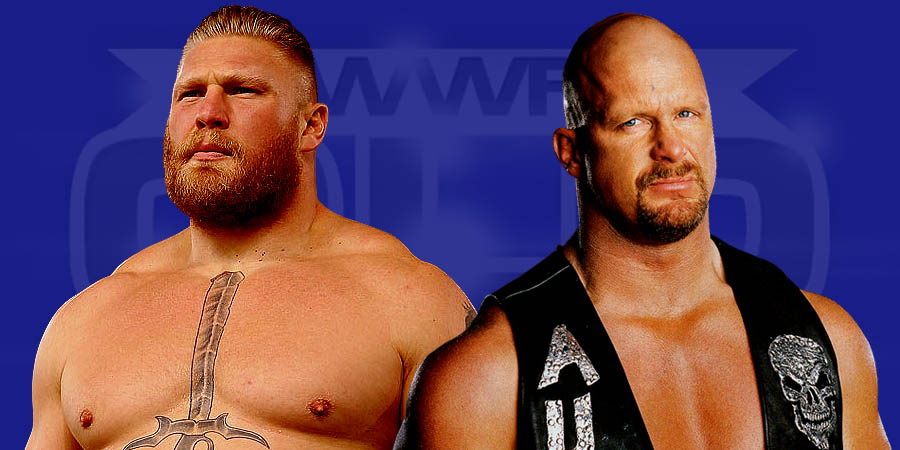 After the October 19th edition of WWE Raw went off the air, Brock Lesnar sat down with WWE Hall of Famer “Stone Cold” Steve Austin for a special edition of Stone Cold Podcast on the WWE Network.

Below are the 20 major things that came out of this podcast:

20. Brock Lesnar is going to hurt The Undertaker at WWE Hell in a Cell 2015 this Sunday
Austin asked Lesnar about his current feud with the legendary Undertaker, and their final battle this Sunday at Hell in a Cell 2015. Lesnar said he’s fed up and irritated by The Undertaker and he’s going end the Phenom this Sunday. He also noted that there’s going to be a lot of carnage inside the Cell. While the whole interview wasn’t kayfabe, this answer from Lesnar was.

19. What does the ending of the streak mean to “The Conquerer” Brock Lesnar?
Austin picked up the topic of Lesnar ending The Undertaker’s undefeated Streak at WrestleMania 30 last year and asked with did it mean to him. Brock noted that as a business man, it meant big things for him. It was bigger than his WWE Championship victory from The Rock back at SummerSlam 2002. Lesnar says he gets a lot of heat from the fans about this but he feels there’s no one else more credible, accomplished, and believable to end the streak than him. Austin agreed with this.

18. Is Lesnar a Sports Entertainer or Professional Wrestler?
Brock asked Lesnar if there’s a difference between the two. Lesnar went on to say he doesn’t know, all he knows is that he’s in the entertainment industry and loves what he does. Brock also noted that he didn’t watch any Pro-Wrestling in his childhood days.