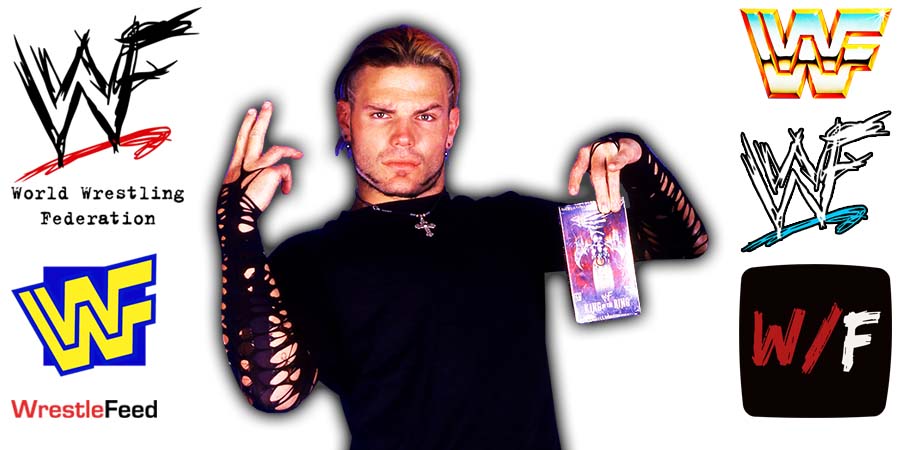 “Per the Florida Highway Patrol arrest report on Jeff Hardy, a white car was seen ‘swerving’ and ‘running off’ the roadway Monday around 12:30 AM.

When the officer made a traffic stop and engaged Hardy, the wrestler seemed ‘to be in a stupor and confused,’ per the report.

Once he left his car, Hardy was unsteady and smelled of alcohol, per the report. Officers, through conversation, learned Hardy had been drinking. Hardy could not complete any portion of sobriety exercises successfully ‘or without risk of falling,’ the officer wrote in the report.

Officers administered a breath test and Hardy’s first sample read 0.294 of blood-alcohol content. A second sample read 0.291. The legal limit to drive in Florida is .08.”

Cops say when they finally caught up to the vehicle, it was ‘traveling significantly under the speed limit, weaving across travel lanes, and running off the shoulder of the roadway.’

Hardy’s license was suspended following his two previous convictions for driving under the influence.

They also noted he ‘had a driving restriction which required him to have an interlock device in his vehicle,’ which they said his Charger did not have.”

TMZ later released the police video of this incident, where 3 Police Officers pulled out their Guns & pointed them at Jeff.

The Russians vs. George South, The Italian Stallion & Rocky King