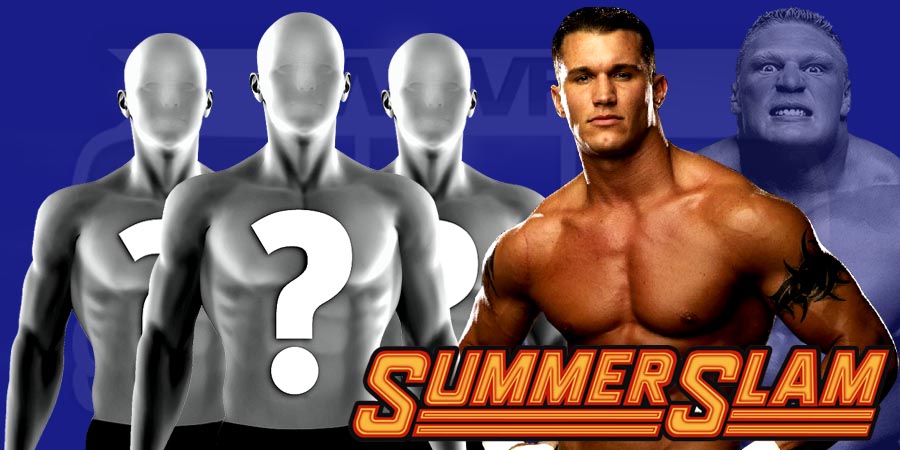 Let’s all hope that Brock Lesnar will compete at WWE SummerSlam 2016 as advertised, but with WWE’s hypocritical “Wellness Policy” you never know. Unfortunately.

As we noted before, Brock Lesnar failed an out-of-competition drug test conducted by USADA. But things have got even worse now.

UFC revealed that Lesnar has also failed the in-competition drug test (which is conducted 12 hours before & after the fight).

Clomiphene, an estrogen blocker which is taken after a cycle of steroids, was found in Lesnar’s system and the same substance was found in Jon Jones’ system as well (current interim UFC Light Heavyweight Champion) and this led to Jones getting pulled from the main event of UFC 200.

Lesnar now faces a 2 year ban from the UFC and his SummerSlam 2016 match with Randy Orton might be in jeopardy again as questions can rise regarding WWE’s testing of Brock Lesnar and this could turn out to be a PR nightmare for the WWE.

But who could you possible replace him in a match against Randy Orton? Orton himself doesn’t even draw 10% of what Brock does, so he certainly needs to wrestle a big name at SummerSlam 2016.

The truth is, out of the Full Time WWE roster nobody but John Cena draws a dime. At all. And Cena vs Orton wouldn’t draw much either, as we have seen it so many times over the years, that everybody is sick of that feud by now.

We have listed 5 possible choices, who are big names that would actually draw money, which is necessary to replace Brock F’N Lesnar in the already advertised big match of the WWE SummerSlam 2016 PPV.

The only reason The Undertaker isn’t #1 on our list here, is because it’s highly unlikely that Vince McMahon could get him to appear, especially with such a short amount of time to prepare for the PPV.

Mark Calaway isn’t a young man anymore, and previous year’s WrestleMania appearances have shown, that he likes to get in great shape for months before his annual WrestleMania match happens.

If Brock really has to be replaced, which really nobody wants the WWE to do, The Undertaker would be a GREAT suitable replacement with similar drawing power, but after his recent differences with Vince McMahon we just don’t see it happening.