WWE NXT has been producing some great matches lately. Since the show’s move to the USA Network, WWE has been trying to do its best to get a spike in viewership. The show did a great job in the previous two weeks by getting more than a million viewers.

Tonight, NXT will be airing for 2 hours and 15 minutes completely on the USA Network. With All Elite Wrestling’s Dynamite premiering on TNT tonight, WWE has scheduled a stacked match-card for the show to give tough competition to its rival.

We can also expect a classic bout between Johnny Gargano and Shane Thorne on tonight’s show. After losing his NXT North American Title to Roderick Strong, Velveteen Dream will be returning to the show tonight.

In this article, let’s take a look at 5 things that could happen on NXT tonight. 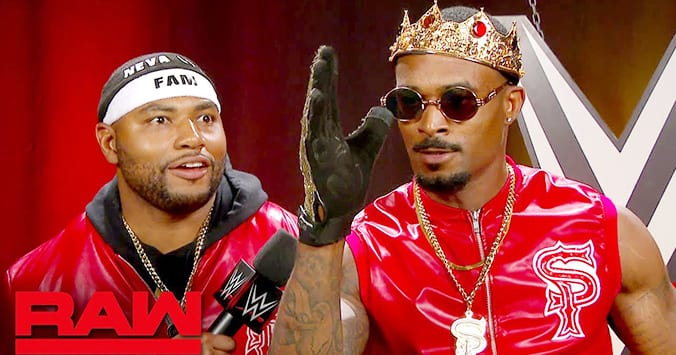 The Undisputed Era’s all-gold prophecy was fulfilled two weeks ago when Roderick Strong won the NXT North American Title from Velveteen Dream. However, it might end soon if The Street Profits defeat Bobby Fish and Kyle O’ Reilly tonight.

The two teams will go head-to-head for the third time tonight. The first bout was won by The Street Profits at NXT TakeOver: Toronto. Fish and O’ Reilly came back strong in their second encounter and dethroned Angelo Dawkins and Montez Ford as the NXT Tag Team Champions on the August 29th episode of NXT.

Tonight, The Street Profits would be looking to regain their lost glory. However, it doesn’t look like they’ll be successful in doing so. The Undisputed Era is currently being pushed as the face of NXT, so they won’t get a loss anytime soon.

Moreover, it would be too soon for O’ Reilly and Fish to drop the titles. Dawkins and Ford will probably lose tonight which will give them a permanent ticket to the main roster.