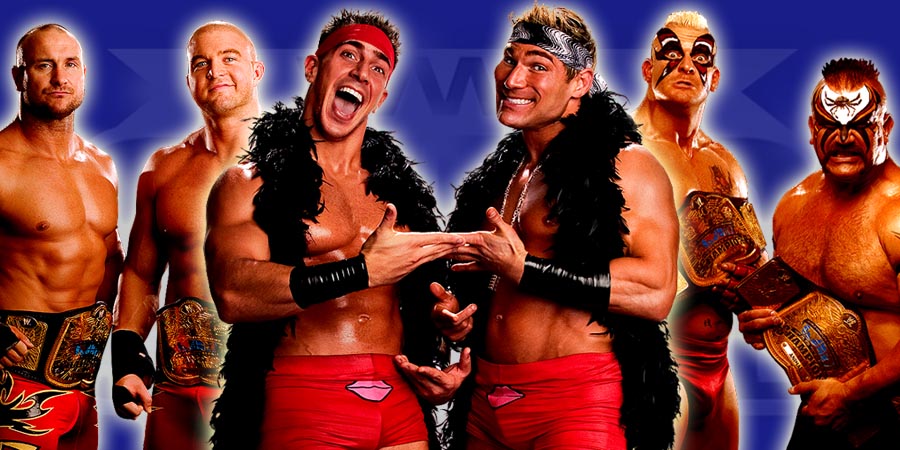 We have now listed the least memorable ones, that a lot of you guys have either forgotten already or never heard of them to begin with. Here are the 7 Teams you most likely do not want to remember:

The Tag Team of 2 Scottish Pro-Wrestlers Robbie McAllister & Rory McAllister wrestled on WWE TV for 2 years, from July 2006 until they got fired in August 2008.

In an incident, that was rumored to be responsible for their eventual dismissal, Robbie McAllister was seen in the crowd during a Live TV Episode of TNA iMPACT!