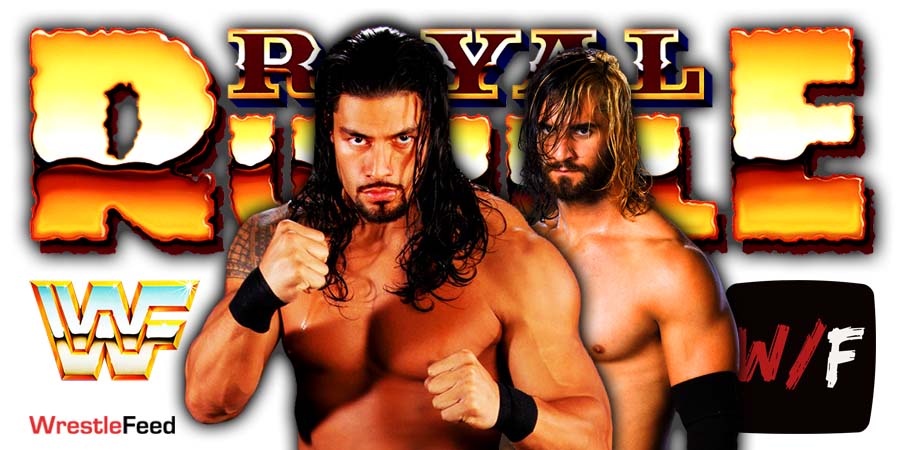 At last night’s Royal Rumble 2022 premium live event, Roman Reigns lost to Seth Rollins via DQ, so he is still the Universal Champion.

Reigns locked in the Guillotine Chokehold and Seth’s arm was down on the mat. The Referee picked it up to check if Seth is still responsive, and this led to Seth grabbing the bottom rope.

However, Reigns refused to let go of his submission hold, and this resulted in a disqualification.

After the match, Reigns brutally assaulted Rollins with a Steel Chair, in the same way Rollins attacked him in 2014 while breaking The Shield.

At Royal Rumble 2020, Reigns competed in the Men’s Royal Rumble match and was the final man eliminated from the match.