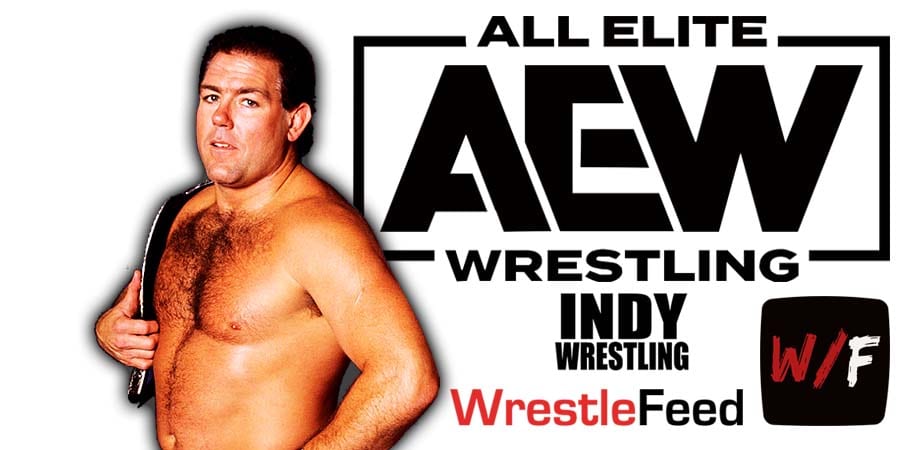 After Wednesday’s episode of Dynamite went off the air, All Elite Wrestling taped tonight’s episode of AEW Rampage.

.@TullyBFTR has a new venture recruiting the “best players in the business"!

Tune in NOW to #AEWRampage on TNT! pic.twitter.com/s3Q71rtunx

– Lee Moriarty wants to be Jonathan Gresham’s next challenger for the ROH World Championship. Tully Blanchard interrupted and said that his boys deserve a shot instead. Gresham & Moriarty challenged Tully Blanchard Enterprises to a match and Tully accepted.

Tune in NOW to #AEWRampage on TNT! pic.twitter.com/WuPZyu3dlQ

After the match, FTR, The United Empire & Roppongi Vice got into a fight. Eddie Kingston came out and went after Chris Jericho.

No more pens for @MadKing1981 and order must be restored here on #AEWRampage as we head straight into the Countdown to #ForbiddenDoor on @tntdrama! pic.twitter.com/pNEW2Kjssi

It was pre-taped at the TD Waterhouse Centre in Orlando, Florida and featured matches, interviews & storyline segments on the road to the ‘WWE The Great American Bash 2004’ PPV.

5. The Undertaker vs. John Cena