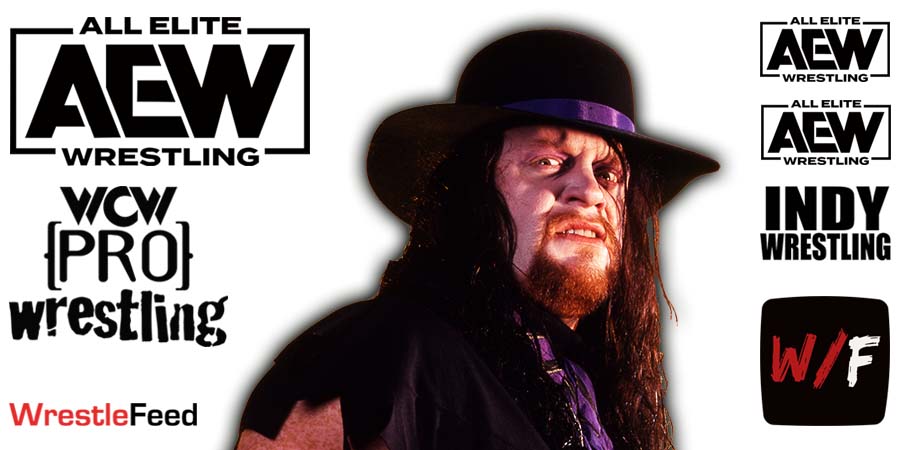 In January 2021, The Undertaker appeared on Joe Rogan’s podcast and talked about how the current WWE product is soft.

Taker also compared the locker room now to what it was back in the 90s. He said the WWF wrestlers had to carry weapons with them back then in case something happened, whereas now the wrestlers play video games backstage.

Many current wrestlers weren’t happy with Taker’s comments. Taker mentioned on the podcast that people aren’t going to be happy, but they need to hear it.

On how he got into gaming:

“Everything started very accidentally. After my release from WWE, I had nothing. I had to sit at home for 3 months and wasn’t able to work anywhere.

Thankfully to Xavier Woods and my mentor Shaq, they kind of inspired me to do what I love doing. I love playing video games in my time off. I’ve loved it since I was 4 years old. Why not do it when I’m chilling at home and connect with my friends and audience?”

On the difference between the old school & current wrestling locker rooms:

“Some people want to drink alcohol and smoke cigarettes and do heroin and others want to play video games. Some of these old timers are calling this a bad thing.

I don’t think it’s a bad thing just because we have more brains now than people before doesn’t mean video games are bad.

Sorry Undertaker, we don’t have guns and drugs and don’t fight each other backstage.”

At the WWE Greatest Royal Rumble 2018 pay-per-view, The Undertaker faced Rusev and defeated him in a Casket Match.

Also Read: The Undertaker Comments On His Upcoming WWE Show