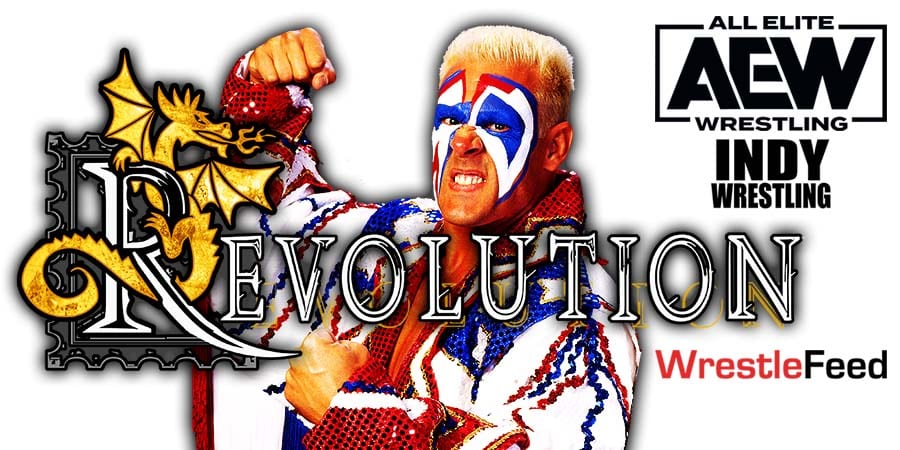 AEW’s TNT Champion Darby Allin was interviewed by ‘Drinks with Johnny’, where he was asked about teaming up with WWE Hall Of Famer ‘The Icon’ Sting to defeat Team Taz (Brian Cage & Ricky Starks) at the AEW Revolution 2021 pay-per-view.

Speaking about the match, he revealed that he was afraid he would break Sting’s face by accidentally dropping the baseball bat on him.

Here’s what Darby had to say about the cinematic match:

“I was writing storyboards for months before the PPV. When I saw the location where we were filming, I took all these photos and was plotting everything in my brain, sitting in the boiler room, just coming up with all the shots.

We had an awesome crew and Steve Yu, who helped direct it. When we’re shooting it, I was running around and doing everything possible.

‘I wanna shoot it like this.’ When we got done with the cut, I’d run through a pane of glass, and go, ‘alright, get the next shot.’ I was doing everything and I felt on autopilot.

I had an adrenaline rush and felt we could go all night and was on fire with it.

The only thing that stopped me was when I had to throw the bat to Sting. I was like, ‘Alright, I’m going to throw this down.’

Tony [Khan] put it best, ‘You know how the laws of physics work, right? That bat is going to come down and we don’t know if it’s going to break Sting’s face.’

First time in the whole shoot I started thinking like, ‘What if I do break Sting’s face and he can’t finish the match?’

He’s the one who was like, ‘I’m catching that bat.’ Perfect catch, first try, beat the f**k out of everyone.

I was on cloud nine.”

Also Read: “I came out of it in shambles” – Sting On How Long It Took To Film His Cinematic Match In AEW

5. Randy Savage vs. The Disciple