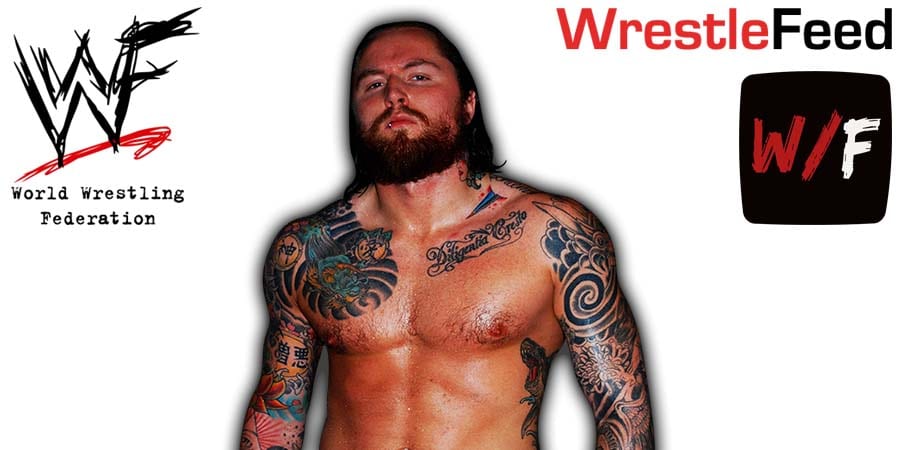 As we noted before, Aleister Black (Tommy End) revealed on his Twitch stream that he has no plans of returning to WWE if given the opportunity (unlike his wife, Zelina Vega).

“I am not coming back to WWE…at least not for the time being. I feel good mentally. I feel that this was meant to happen to me.”

The Wrestling Observer reported last month that Black is expected to sign with AEW.

Aleister has now released a video on Instagram to showcase his new wrestling character.

In the video, he’s trapped in an asylum as he’s struggling with his inner thoughts and demons. His eye injury from last year’s RAW storyline was also shown.

The Doctors try to convince him that his real name is Tom, and that he’s been there for 5 years as they try to bring him back to reality. But he murders them, escapes, and reveals he’s now Malakai Blacks.

Here’s what he wrote in the caption of the video:

“The Devil Made Me Do It

I often wondered how many more there were, like in my head? Those voices. I don’t know which I prefer, the endless silence or the constant dialogue. I find them both equally frightening.”