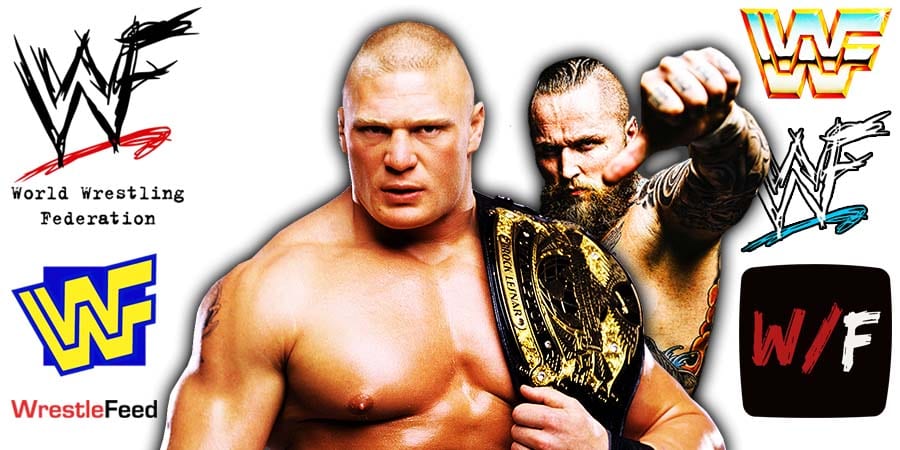 During a recent appearance on Renee Young’s Oral Sessions podcast, former WWE Superstar Aleister Black revealed some interesting ideas that were pitched for him.

On being involved in The Undertaker vs. AJ Styles match at WrestleMania 36:

“One of the cool pitches for me was that for a moment when I had that match with AJ [at Elimination Chamber 2020], one of the things leading up to WrestleMania was that during the end of my match with AJ, The Undertaker appeared and helped me and saved me from the beatdown The Good Brothers gave me.

The fact that they even considered that was like, wow! It was very cool.”

On an angle with Brock Lesnar:

“One of Heyman’s ideas was to have Samoa Joe or Brock Lesnar come into the room at the time that would eventually lead to an interaction between me, Brock Lesnar or Samoa Joe. I would cut a promo in this room, and Lesnar would come in through the darkness and choke me out and stuff.”

Legion Of Doom vs. Kato/Rick Mitchell

The British Bulldog vs. I.R.S.

The Bushwhackers vs. The Executioners