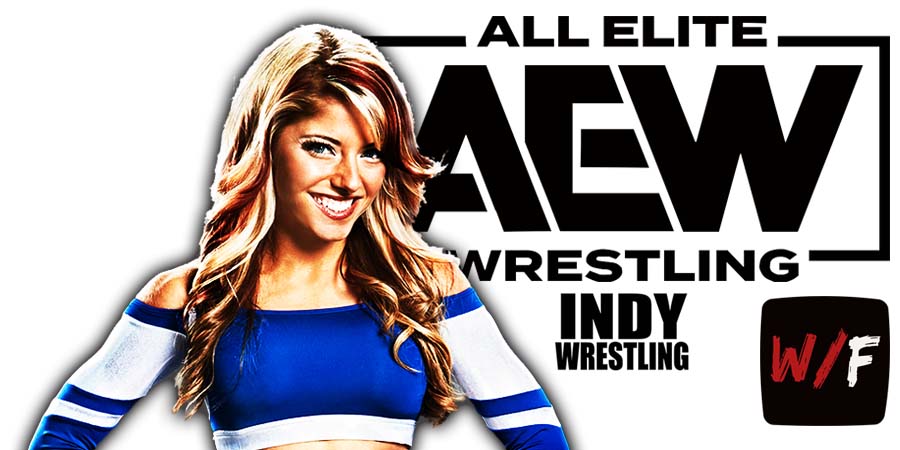 • Alexa Bliss Takes A Shot At An AEW Champion

At the Double Or Nothing 2022 pay-per-view, Athena (fka Ember Moon in WWE) made her debut in AEW and confronted TBS Women’s Champion Jade Cargill.

“Today call me CLASSY and SASSY.”

This led to Cargill responding to Athena by referring to the interview where Athena expressed her displeasure about WWE Officials telling the female wrestlers to dress in a hot way like current WWE NXT Women’s Champion Mandy Rose does.

“You ask me. You look rather ‘Mandy-ish’. I thought you weren’t trying to be sexy? Got close to a REAL goddess and seen you have to switch it up! 😘👑 but you guys want this woman to take my spot? B*tch GTFOH.”

“That’s real rich coming from someone who’s also buff blonde… Mandy & Charlotte are already taken. Move on hussy. I hope you keep that same energy next time I see you…”

WWE Star Alexa Bliss then backed up her friend Athena by tweeting that she doesn’t know who Cargill is:

“I’d love to get mad at someone who’s coming after my bestie…but I’m still trying to figure out who the heck they even are … ?”

Also Read: Alexa Bliss Responds To A Fan Who Threatened To Shoot Her & Her Husband