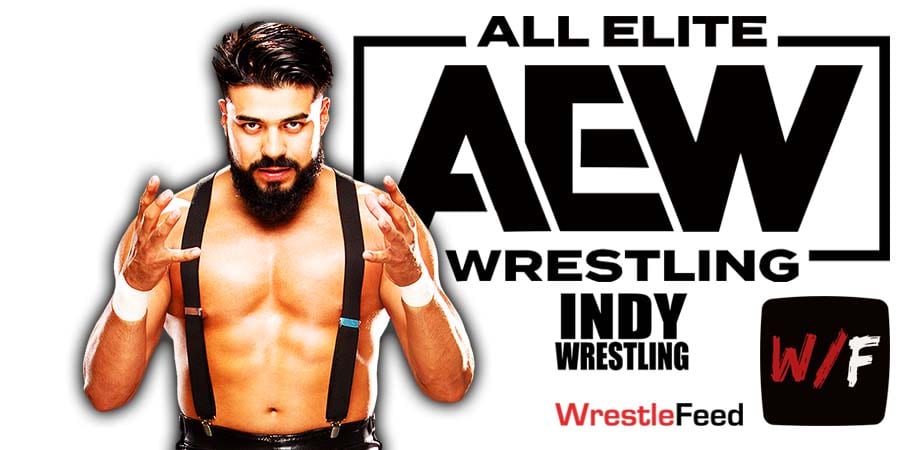 As we reported last night, there was an altercation between Andrade El Idolo and Sammy Guevara before last night’s 3-year anniversary episode of AEW Dynamite.

Words were exchanged by both men and Sammy pushed Andrade, which led to punches being thrown (tap here for the complete story).

On the other hand, Guevara still appeared on Dynamite. He teamed up with ROH World Champion Chris Jericho to defeat the team of Bryan Danielson & ROH Pure Champion Daniel Garcia in the main event.

During an interview on “My Mom’s Basement with Robbie Fox” before Dynamite, Tony promoted the above Rampage match (which will no longer take place) by saying the following:

“Andrade is a terrible guy. If Andrade loses this match, he would leave AEW forever.

If Andrade were to lose this match, I think Rush could be a great leader for LFI.”

Also Read: Andrade El Idolo Is Trying To Get Fired From AEW So He Can Return To WWE

After the Demolition gimmick, Darsow became known as Repo Man in 1991, a character he portrayed till he left the WWF in march 1993.