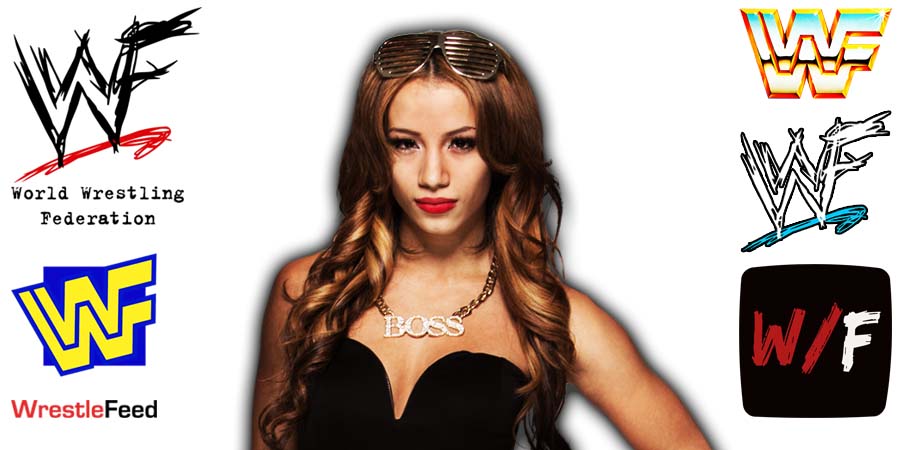 • Another Sign That Sasha Banks Is Gone From WWE

Raj Giri of Wrestlinginc reported in June that WWE has released Sasha.

However, PWInsider then reported the following:

WWE posted a video on YouTube looking at the Top 10 moments from Paige’s career. One of those moments was Paige’s return in 2017.

The original footage that was shown on TV when this happened had Sasha Banks lying in the ring with Mickie James.

In this new video, WWE chose a different camera angle where only Mickie was visible. They edited out Sasha.

for some reason, wwe has removed the camera angle of paige’s return that showed sasha banks 😭😭😭 this was uploaded today showing paige’s top 10 moments. pic.twitter.com/SesXDGGiq7

Another sign that Sasha is gone from the WWE is that fans can no longer choose her as their Avatar on Peacock. Only 2 other options are available now: Roman Reigns and Asuka.

Fans that had Sasha as their Avatar will now get the default NBC Peacock icon.

Also Read: AEW Champion Is Ready If Sasha Banks Is Going To Join All Elite Wrestling

Today would have been the 68th birthday of Old School WWF Veteran “The Natural” Butch Reed (Real name: Bruce Reed).

Unlike his former Tag Team partner Ron Simmons, Butch Reed was not inducted into the WWE Hall of Fame yet, which might not happen anytime soon either, as he was named part of a lawsuit against the WWE regarding traumatic brain injuries, which was dismissed in September 2018.