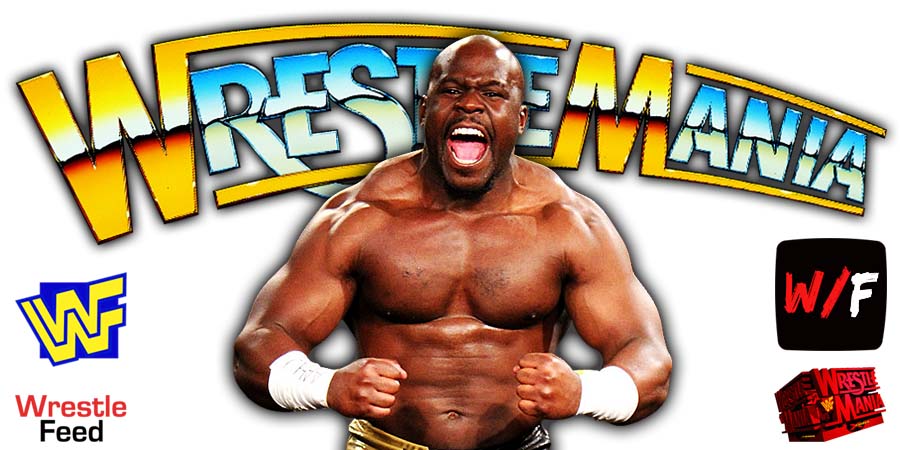 • Apollo Crews Comments On His Intercontinental Title Win At WrestleMania 37

On Night 2 of WrestleMania 37, Apollo Crews defeated Big E in a Nigerian Drum Fight to win the Intercontinental Championship.

Former RAW Underground Fighter Dabba-Kato (who is now being called Commander Azeez under his new gimmick) interfered in the match and Chokeslammed Big E, and helped Crews win the match and the Title.

Crews got interviewed backstage at WrestleMania 37 and he said the following about his Title win:

“It does not matter. The fact is that I won the Intercontinental Championship.

Look at the size of this man, but don’t worry about that. You’ll find out who this is later.

Right now what matters is that Apollo Crews did exactly what he said he was going to do and that is win the Intercontinental Championship.

I made them proud, and now I am the Intercontinental Champion. This one… this one is for Nigeria.”

“Be ready for opportunity and DELIVER on it. Congratulations to the NEW #ICTitle Champion, @WWEApollo! #WrestleMania”

Be ready for opportunity and DELIVER on it. Congratulations to the NEW #ICTitle Champion, @WWEApollo! #WrestleMania pic.twitter.com/XTdOidzmV4

1. The Steiner Brothers vs. Money Inc.