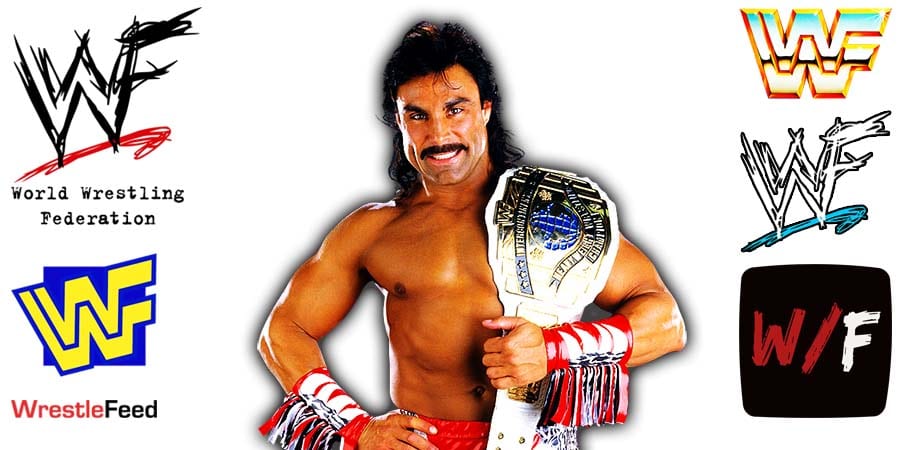 Old School WWF Veteran ‘Wildman’ Marc Mero appeared on the Such Good Shoot podcast and talked about his 1996-1998 World Wrestling Federation career and how he’s still blackballed from WWE nowadays, due to him speaking out on the drug use/abuse back in the day.

Here’s what Mero had to say:

“When I spoke out against it, and obviously I’m vilified from wrestling and blackballed, and probably will never be invited to a WrestleMania, whatever. But here’s the thing, guys. You’ve got to be proud of what you’re looking at in the mirror every day. Because of that, because of me and some other guys that stood up, now any wrestler that ever stepped foot in the WWE ring gets free drug and alcohol rehab.

I don’t care if you wrestled 20, 30 years ago and you have a problem today, the WWE will pay for your drug and alcohol rehab. They also have some of the strictest drug testing now, Olympic drug testing they have there now, we never had that back when we were there.

So there’s so many changes that have happened because of people standing up and saying enough is enough, let’s save lives. And that’s what it’s all about.”

Prior to joining the WWF in 1996, he wrestled for Ted Turner’s World Championship Wrestling since 1991, using the ring-name Johnny B. Badd.

2. Crush vs. Doink The Clown

4. Men on a Mission vs. Mitch Bishop & Chad Miller