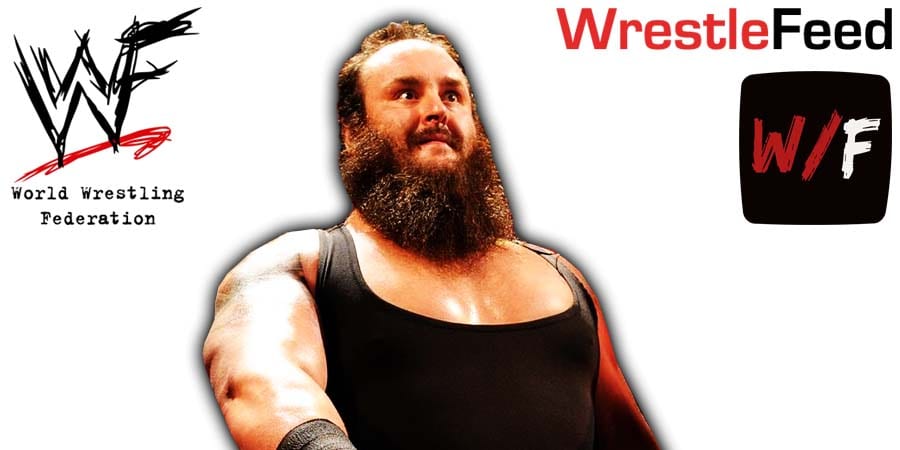 As we all know, WWE has released quite a few Superstars due to budget cuts, including Samoa Joe, Mickie James and – most shockingly – Main Event Superstar & former Universal Champion Braun Strowman.

After his release, Braun thanked his fans by tweeting, “What a chapter in life. Thank you!!!!!”

PWInsider is reported that Strowman is asking for a lot of money for an independent wrestling booking, which is said to be in the five-figure range:

“We have heard from independent promoters that reached out to Braun Strowman that the asking price is currently in the five-figure range. We are told that Strowman is pretty set financially and doesn’t need to immediately run out and do bookings, but if a promoter comes along and meets the right price, that’s a different story.”

Strowman’s last WWE deal was worth $1.2 million per year.

It was broadcasted from the the Wheeling Civic Center in Wheeling, West Virginia and featured matches, interviews & storyline segments on the road to the ‘WCW The Great American Bash 1996’ PPV.

5. The Giant vs. Scott Norton

7. Public Enemy vs. The Nasty Boys