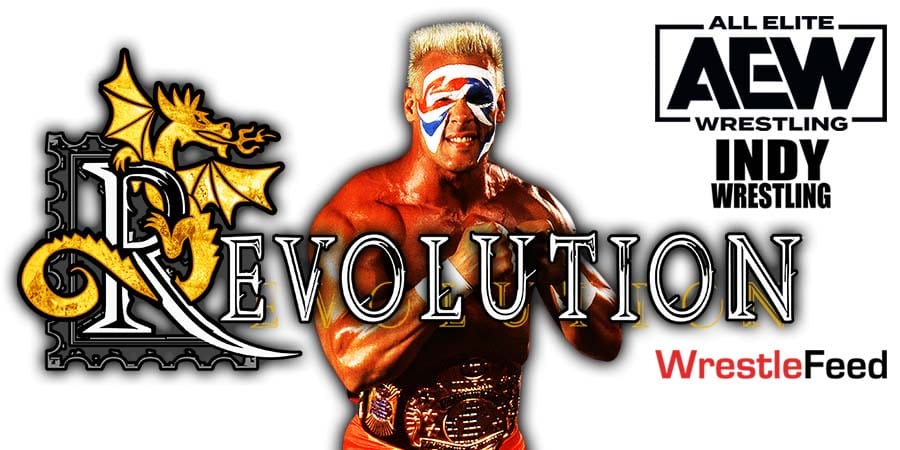 This Sunday night at AEW Revolution 2021 pay-per-view, WCW Legend “The Icon” Sting will have his first match in over 5 years.

He’s going to team up with TNT Champion Darby Allin to take on the team of Brian Cage & Ricky Starks in a Street Fight.

While Sting has been cleared for in-ring action and has even taken bumps during the build-up to this PPV match, his match this Sunday is still expected to be a cinematic match.

“It’s cinematic so there’s actually going to be a lot of weird stuff unless they change it. I can’t say 100% it’s cinematic, but I was told it was cinematic three weeks ago. I haven’t been told differently. I suppose it still is, it could change.”

To check out the complete match-card for AEW Revolution, tap here.

Also Read: Possible Spoiler On Who AEW’s “Hall Of Fame Worthy” Signing Could Be At AEW Revolution

This episode was pre-taped in West Palm Beach, Florida and featured matches & storyline segments on the road to the ‘WWF WrestleMania XI’ PPV.

– Men on a Mission vs. Dennis Knight & the Black Phantom