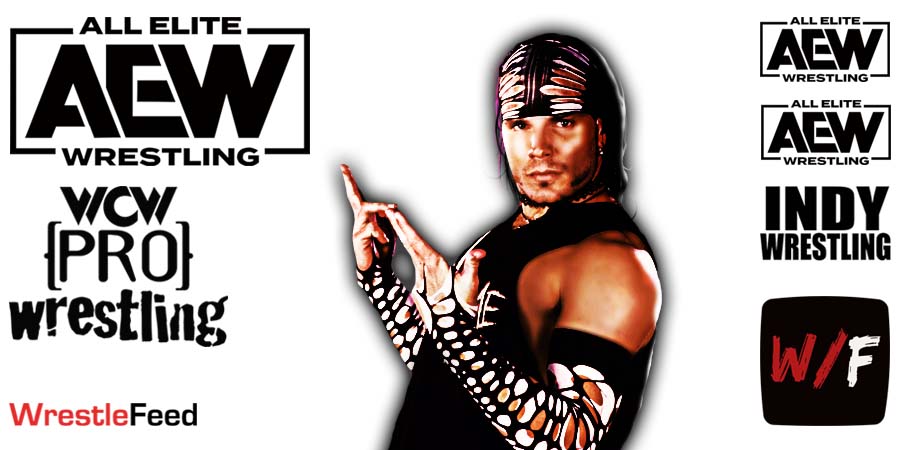 Hardy’s blood-alcohol content was 3 times over the legal limit.

He was bonded out of jail on Monday evening after paying a $3,500 bond. His court hearing for Tuesday got canceled.

Jeff was set to compete in a Triple Threat Tag Team Championship Ladder Match on this Wednesday’s AEW Dynamite: Road Rager, but that match has been pulled.

“While AEW has not said anything publicly, [Warner Bros. Discovery] was told to stop all promotion of Jeff Hardy in any commercials or anywhere else immediately.

They have stopped promoting the three-way ladder match for Wednesday and not sure if they will have a tag team title match with just the two teams or not.”

He was inducted into the Celebrity Wing of the WWE Hall of Fame in 2013 and in 2016 he became the 45th President of the United States.