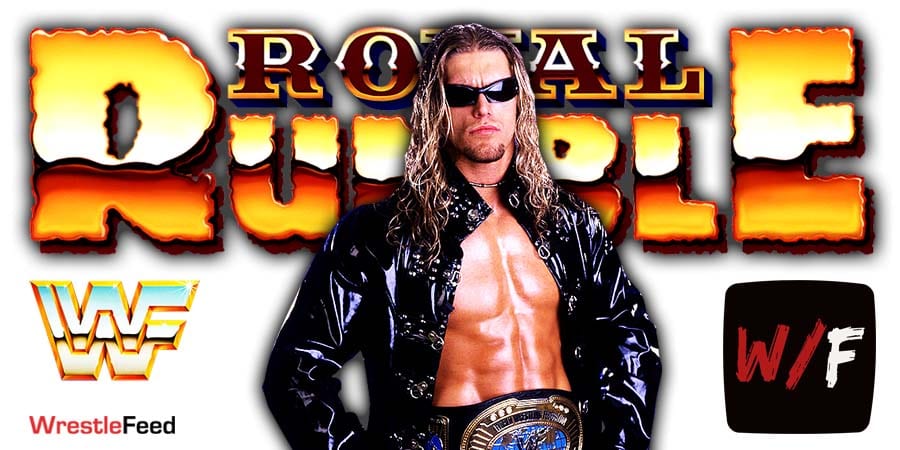 As seen this past Sunday, WWE Hall of Famer Edge returned to in-ring competition and won the Men’s Royal Rumble 2021 match, which was exactly 11 years after his 1st Royal Rumble match victory.

According to the Wrestling Observer, the original plan for WrestleMania 37 was Edge vs. Randy Orton in an “I Quit” match, but Edge pitched a different plan and Vince McMahon liked it.

“They were going to do an I Quit match at WrestleMania and Edge, in fact, got this idea of coming back and winning the Royal Rumble and maybe winning the championship and they had to get past the Randy Orton thing, and this is how they did it.”

Edge ended his feud with Randy Orton in the main event of last night’s RAW, where he defeated Orton in a bout that was billed as their final match against each other.

– The Undertaker vs. Marc Mero