On this day in Pro Wrestling history on September 2, 1985, CWF Championship Wrestling From Florida aired ‘NWA Battle of the Belts’ LIVE on broadcast syndication TV from the Spartan Sports Center in Tampa, Florida.

This was the first of 3 ‘NWA Battle of the Belts’ events, promoted by the CWF promotion.

As seen at AEW All Out, Chris Jericho defeated “Hangman” Adam Page in the main event to win the AEW World Championship.

This led to a page on Instagram talking about how fans hate it when WWE books old wrestlers to defeat young wrestlers, but that wasn’t the case in AEW (where Jericho was over 20 years older than Page).

“All of these smarks have hated and complained about everything we do. Now they are forced to love everything these guys do, even when it’s the exact same thing. It really shows how dumb they really are.” 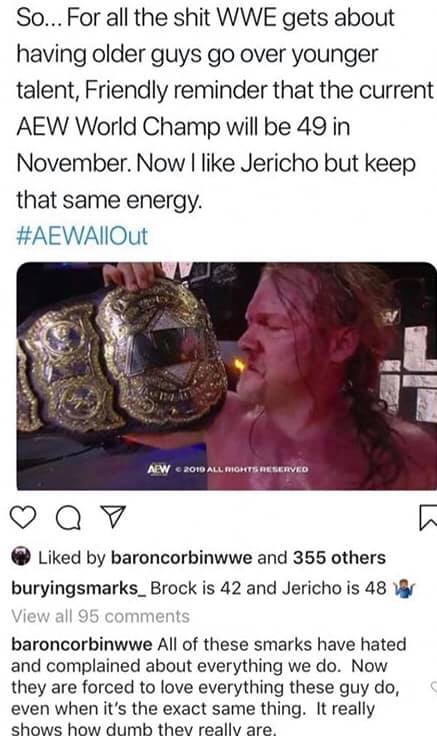