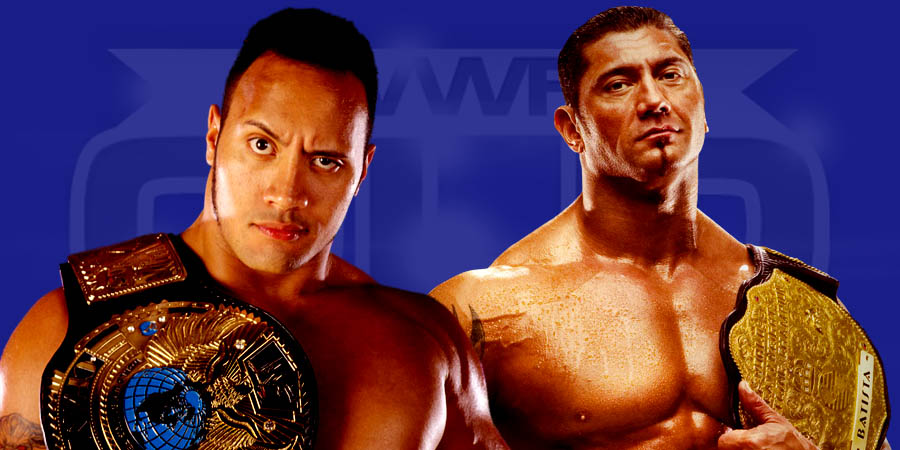 During an exclusive interview with WWE.com, former 6 time WWE World Heavyweight Champion Batista talked about his new movie “Spectre”. He also talked about the possibility of him facing The Rock at WrestleMania.

WWE.com interviewer asked Batista “Where would we be more likely to see you with The Rock — on a movie set or in the ring at WrestleMania?” Below is what Batista replied:

“That’s a good question. I would take either opportunity. At this point, you’re more likely to see us in the ring together. If you flash back to WrestleMania XX, that would be the only time. I don’t have any plans right now to return to the ring or to do a film with Dwayne, but I would jump at the chance for either opportunity.”

Batista also notes that he misses working WWE Live Events and is proud to be a Professional Wrestler:
“I miss it so much. What I really thought was so interesting is the way that Chris Jericho went back and did Live Events. Live Events are fun, man. It’s really just all about you and the audience. I always just loved that. I’m passionate about it. I’m proud to be a pro wrestler because I love it.”