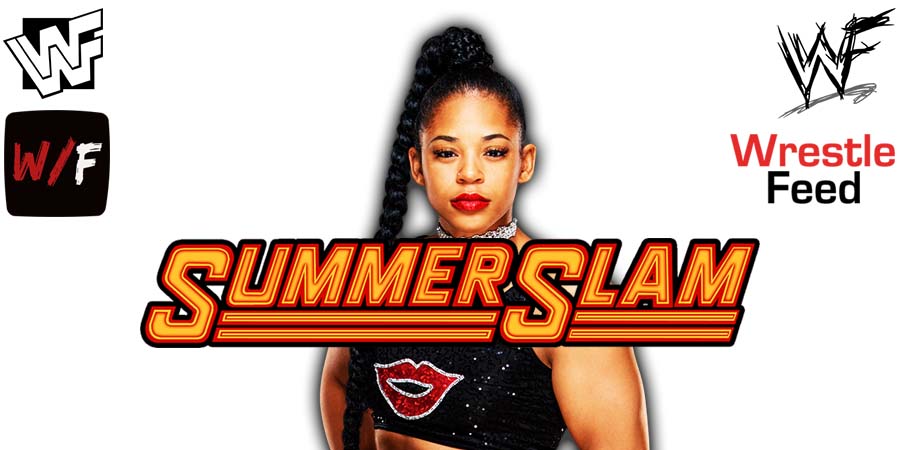 Last night at SummerSlam 2021, “The Man” Becky Lynch made her surprise return to WWE.

Bianca Belair was scheduled to defend her SmackDown Women’s Championship against Sasha Banks, but Sasha was unable to compete.

This led to Carmella being announced as Sasha’s replacement. However, Becky then came out and attacked Carmella.

Becky then challenged Bianca for the Title and beat her in 27 seconds to become the new champion.

Denise Salcedo interviewed Bianca after SummerSlam and here’s what the former champion said about her loss:

“Right now, I’m just trying to collect my thoughts. Everything happened too quickly. I was ready to fight Sasha Banks, and Becky came out, which was an amazing moment.

I’m happy to be a part of that, but I lost my title, and right now, I’m just emotional. I feel defeated. It was bittersweet.

Becky Lynch, what she has accomplished inside and outside the ring. She is a legend in the making.”

Ellering managed arguably the greatest Tag Team in pro wrestling history, The Road Warriors aka The Legion of Doom, on NWA TV and WWF TV during the 80s & 90s.

When Paul returned to the World Wrestling Federation in 1998, he became the manager of Disciples of Apocalypse, Skull & 8-Ball.

In 2011, he was inducted into the WWE Hall of Fame by “The American Dream” Dusty Rhodes.