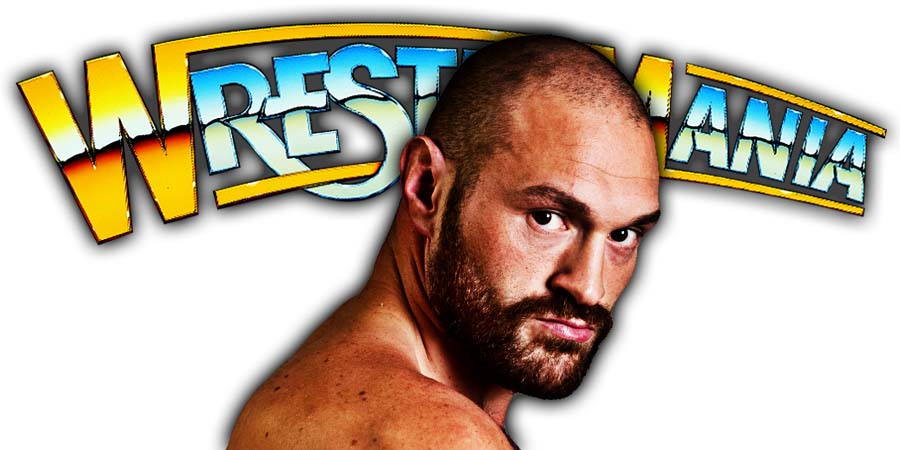 While Michael Kovac is still considered to be one of the most famous wrestlers in all of Europe, the fans in the United States only remember him for his brief 1998 stint in Paul Heyman’s Extreme Championship Wrestling, where he was basically used as a Jobber to the stars.

Outside of Europe, where he first made a name for himself in Otto Wanz’s Catch Wrestling Association, Kovac also wrestled for several Japanese companies over the years, most famously Battlarts in 1997, which was a (worked) shoot wrestling promotion.

He is currently signed to Qatar Pro Wrestling, where he performs among well established stars like Alberto Del Rio, The Great Khali, Carlito, Chris Masters, Rob Van Dam, … and many others.

• Big Plan Got Cancelled For WrestleMania 36

“Might the WWE Universe see a showdown between Drew McIntyre and Tyson Fury someday? It could be in the cards if the new WWE Champion and The Gypsy King have anything to say about it.

McIntyre mentioned Fury’s name — as well as Celtic football legend Chris Sutton — in an interview with talkSPORT as potential opponents he’d like to face. Fury responded almost immediately on Instagram.

“First I say congratulations and what a fantastic job,” Fury wrote. “Secondly I accept his challenge anytime any place, anywhere.”

@dmcintyrewwe has call me out after his @wwe Wrestlemania 36 victory, first I say congratulations and what a fantastic job. Secondly I accept his challenge, anytime any place, anywhere.????

While McIntyre is riding high after conquering Brock Lesnar at WrestleMania 36 for the WWE Title, Fury has also had his share of massive victories in recent months. The undefeated lineal heavyweight boxing champion vanquished undefeated WBC Champion Deontay Wilder by TKO in February and knocked off Braun Strowman in his WWE debut at Crown Jewel last November.”

Also during his interview with talkSPORT, Fury revealed that he was originally scheduled to be a part of WrestleMania 36:

“I was supposed to be at WrestleMania 36, but obviously with the coronavirus I couldn’t be there.”