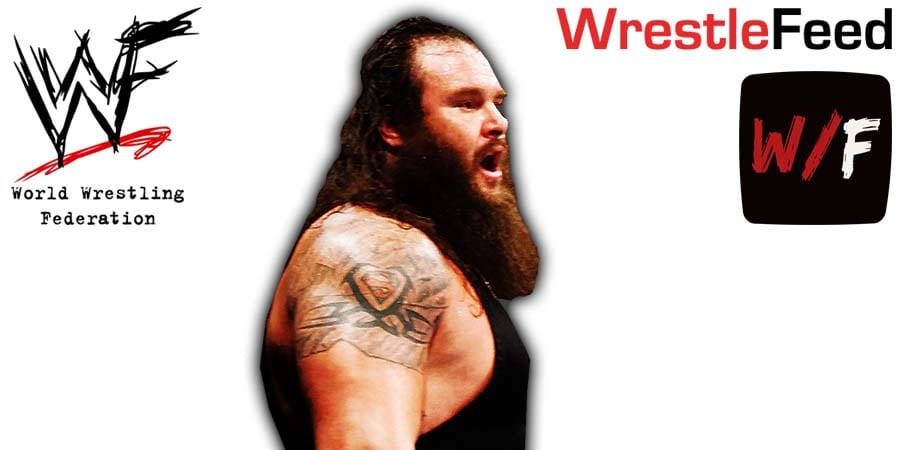 WWE released 6 wrestlers yesterday and one of them was former Universal Champion Braun Strowman.

These releases were made because of “budget cuts”.

On his Hall Of Fame podcast, 2-time WWE Hall Of Famer Booker T noted how shocked he was to see The Monster Among Men get released.

He noted that Strowman’s rumored $1 million+ per year contract most likely played a part in WWE releasing him.

“Yeah, it definitely made me go, ‘Wow!,’ you know, ‘Braun Strowman?’ And then I started looking at it from a business perspective, you know, if it is true, the rumors out there saying Braun Strowman had a huge contract and he was making a lot of money.

When doing budget cuts, that’s the one thing you’re going to be thinking of – ‘Who do we really need? Who’s the guy we really need here to keep this thing running?’.

And, you know, take nothing away from Braun Strowman. He was an enigma, he was the guy, you know, somewhat of a throwback to the guys that did it much before him.

Look at Braun Strowman, even being the enigma that he was, it was kind of hard to match Braun Strowman up with more than 2-3 guys on the roster.”

It was broadcasted from the Hara Arena in Dayton, Ohio and featured matches & storyline segments on the road to the ‘WCW The Great American Bash 1997 PPV.

The Great Muta & Masahiro Chono vs. The Steiner Brothers

Chris Benoit vs. The Barbarian